Iraq had a long relationship with weapons of mass destruction (WMD). It first became interested in them in the early 1960s. By the 1970s it started its first chemical weapons (CW) program, and then added a biological weapons (BW) element in the 1980s. Saddam Hussein, who came to power in 1979 was largely responsible for making WMD a strategic element of Iraq’s arsenal. His main concern at first was to defeat Iran in the Iran-Iraq war, and to later deter Tehran and Israel. By 1991 he and the Baathist leadership had come to believe that WMD had saved the government several times. After the Gulf War, Saddam largely lost interest in WMD and almost all the programs were ended and stocks were destroyed. That was ironically never picked up by Western intelligence, and he was eventually overthrown because of their belief that he still possessed chemical and biological weapons.

In the early 1960s Iraq started its WMD program under General Ahmed Hasan al-Bakr who came to power in a Baathist coup in 1963. Iraq first became aware of the uses of WMD when it sent officers abroad and learned about chemical weapons (CW). In 1964 the Iraqi Chemical Corps was formed. In 1971 it was ordered to produce its first CW, and built the al-Rashad facility near Baghdad as a result. It also contacted a New York based company to build a pesticide plant that would be used for the program, but the Americans became suspicious and pulled out of the project. (1) This first effort turned out to be a failure. Afterward, the CW program was taken over by Iraqi intelligence.

By the end of the 1970s both the CW and BW programs were re-organized, and then greatly expanded in the early 1980s. The impetus was the Iran-Iraq War. Saddam believed that he could achieve a quick victory over Tehran, but when he was proved wrong, he turned to WMD to defeat the Iranians. CW for example, was used to stop human wave attacks, and in 1984 Iraq was the first country to use a nerve agent in a war. By June 1981 it began industrial production of CW like mustard gas, tabun, sarin, VX, and white phosphorus. By 1983 it also added BW production. From 1981-1984 it bought 40,000 artillery shells and 7,500 bombs, and produced 10,000 bombs and 18,500 rockets itself all for CW.

In the mid-1980s Saddam set out to make Iraq more self-sufficient in CW. It started by buying large quantities of chemicals from foreign companies to boost its production capabilities. (2) In 1983 and 1984 it bought pesticides and precursors from U.S. companies that could be used for mustard gas. A Singapore corporation made the most sales with 3,300 tons of chemicals that could be used for nerve agents and 950 tons of another for mustard gas and sarin. It had a German company build a pesticide plant in Samarra that was really for its WMD program. By 1984 it had several facilities producing large amounts of CW each year. That was accomplished by taking short cuts in the production process that made agents with very short shelf lives. Western governments including the United States became worried about Iraq’s activities at this time, and attempted to impose export controls on certain products, but so many of them could be used for legitimate purposes that it was impossible to stop Iraq’s activities.

The Iran-Iraq War convinced Saddam that WMD were an essential part of Iraq’s defense, but afterward the programs were largely scaled back. By the end of the war in 1988 Baghdad believed that WMD had saved the country from the larger Iranian army. CW had become fully integrated into Iraqi military’s tactics and strategy. Ironically, the war left Iraq with such a huge debt, that its WMD programs had to be scaled back. In August 1988 Iraq stopped producing CW agents, and turned those factories into producing commercial products, but research still continued.

The much smaller BW program however grew from 1988-1990. In 1988 the Al Hakam facility was built for BW research and development into anthrax, botulinum toxin, and clostridium perfringens. In 1990 BW was weaponized and placed in bombs and missiles, while four more plants were adapted for production.

The 1991 Gulf War and its aftermath were a turning point in Iraq’s ambitions for unconventional weapons. By that time Iraq had a large stockpile of WMD. It had CW rockets, artillery shells, bombs, and agents, and to a smaller extent BW weapons. During the war many of its facilities were bombed, but in the end Saddam actually believed that his stocks had saved him once again. He was convinced that the U.S. led Coalition did not turn towards Baghdad because they were afraid that they would be attacked by WMD. The war did destroy Iraq’s capability to produce large quantities of CW, and it also ended most of its research into BW afterward.

More importantly, the 1991 cease-fire and United Nations resolutions called for Iraq to disarm and declare all of its WMD programs. Saddam didn’t want outsiders to know about the extent of his CW and BW projects, so he at first tried to hide them from U.N. inspectors, and denied even having biological weapons. Within a few months Baghdad found out how intrusive inspectors intended to be and began secretly destroying its WMD stocks, while trying to retain the facilities and know how so that the programs could be restarted later. By the end of 1991 for example, all of its CW were destroyed. In 1995 Saddam’s son-in-law and head of his weapons programs Hussein Kamal defected. He revealed Iraq’s BW program and more about its facilities which were eventually all dismantled and monitored. By 1996 Iraq no longer had any major stocks of WMD or large facilities. Only Iraqi intelligence continued low level research and production of BW, which it used to assassinate Iraqi dissidents living abroad. Things were done in such a haphazard and secret manner however that some small quantities of WMD munitions were left at sites, but not on purpose. These would later turn up during the 2002-2003 U.N. inspections and after the U.S. invasion. 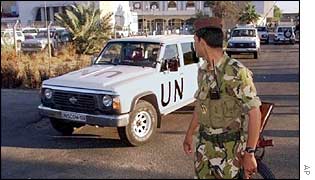 Iraq’s activities during the 1990s caused huge problems for it later on, and eventually led to the U.S. overthrowing Saddam. First, Iraq never documented the destruction of its WMD stocks. That meant it had no proof to show inspectors in the 1990s and 2000s that it had unilaterally disarmed. Second, Saddam wanted to keep up the image that it still had WMD because he was always concerned about Iran, which was considered the number one threat. Therefore ambiguous findings by the U.N. were considered helpful in deterring Tehran. Third, Iraq objected to how much access the inspectors wanted. They were considered an affront to national sovereignty, some were spying for Western governments, and they were expanding into Iraq’s conventional military capabilities. Baghdad tried to obstruct their activities as much as possible, which convinced the inspectors, the U.S., and most of the Western world that Iraq must still have WMD. In fact, by the mid-1990s Saddam lost most of his interest in those programs as he was more concerned about the survival of his regime under sanctions. He would ask about WMD, but had no strategy to revive them. All of this was completely missed by U.S. and western intelligence, so when inspectors were kicked out in 1998, most assumed that Iraq went right back to working on its chemical and biological weapons. That eventually played a major role in the U.S. decision to invade in 2003.

Iraq considered WMD a sign of its power and security. When Saddam came into office he greatly expanded the CW and BW programs that were floundering, and used them in the Iraq-Iraq War. That convinced him that WMD were the ultimate guarantor against his regime being overthrown. Even when he was defeated in the Gulf War, he thought that WMD had saved him from being deposed once again. The following inspections and sanctions led him to destroy all of his stockpiles, and largely end his WMD programs, but he did so in such a way that it convinced the world that he still must have them. This was partly done on purpose because Saddam was still afraid of Iran sitting next door. That helped lead to the 2003 invasion, and the end of Saddam’s government and life. It’s ironic that the weapons Saddam believed had saved him again and again in the past, would ultimately lead to his undoing when he had none.

Iraq Survey Group, “Comprehensive Report of the Special Advisor to the DCIA on Iraq’s WMD,” 9/30/04

Olson, William, “Mistakes Were Made: How Not to Conduct Post-Conflict Management And Counterinsurgency,” Small Wars Journal, 7/16/09