May 1, 2012, was International Worker’s Day, also known as May Day or Labor Day. In Iraq, the Communist Party, one of the oldest in the country, held marches to celebrate. The Iraqi Communist Party (ICP) played an important role in politics after the nation gained independence in 1932. In the 1940s, large numbers of the emerging middle class and workers were drawn to the party’s program of social and economic equality, making it one of the largest and best organized in the country. In the 1950s, it became the main supporter of the government of Prime Minister Abdul al-Karim Qasim, only to lose his favor and be persecuted by him. The Baath Party became one of its main rivals, and would target it as well. During the Saddam years, it joined the opposition. (1) That participation gained it a seat on the Iraqi Governing Council put together by the Coalition Provisional Authority after the 2003 invasion. It later ran in the 2005 elections as part of Iyad Allawi’s Iraqi National List, won two seats, and received a ministry. (2) By 2008, it had left Allawi’s list, and floundered on its own. In the 2010 parliamentary election for example, none of its candidates won. That didn’t mean the party faded from the political scene. In 2011, the Communists were one of the main organizers of the protests that broke out at the beginning of the year, and had their offices closed down by the security forces as a result. On May 1, they helped organize a march through capital and the Kurdistan capital Irbil to celebrate the Day of the Worker. While the Communists will probably never return to their past glory, they have shown that they can still play an active role in Iraqi society, and tap into popular discontent from time to time.

This Day in Iraqi History - Mar 28 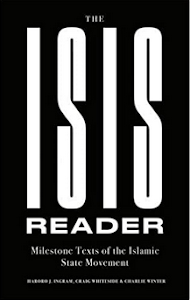