Iraq Cuts Off Budget Payments To Kurdistan Once More 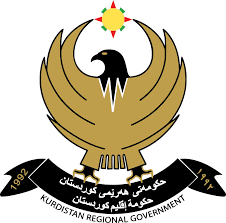 With Iraq’s oil dependent economy falling apart during the coronavirus global shut down Baghdad has decided to cut off monthly budget payments to the Kurdistan Regional Government (KRG). This is a means to save money as the central government is not earning enough to pay its most basic bills and will have a huge impact upon the Kurds.


On April 16, the Iraqi cabinet ordered a halt to the KRG receiving its share of the budget. Baghdad was sending 453 billion dinars, roughly $384 million to Kurdistan a month. The cause was Iraq’s revenues are collapsing with the global demand for petroleum declining with the covid-19 pandemic. The cited reason was the KRG’s refusal to export 250,000 barrels a day in oil for Baghdad. This will especially hurt now because the region like the rest of the country is seeing its oil based economy collapse. The KRG relies upon these payments to cover things like salaries for its public workers.

The KRG responded in its usual manner saying that only Baghdad is required to follow the law. The KRG sent a 10-point message to the central government. It cited Article 10c of the 2019 budget which ironically states that the KRG would be paid its dues out of profits earned from its oil exports for the central government. Irbil has consistently claimed that the Iraqi government is the only one bound by legislation. In June 2019 for instance, Finance Minister Fuad Hussein who is from the Kurdistan Democratic Party (KDP) stated that the KRG couldn’t be punished for its oil dispute with Baghdad even though it is part of the budget law. He went on to say that the central government is legally obligated to pay Kurdistan. This has been the Kurds position for years, and they have paid the price for it. Prime Minister Nouri al-Maliki for instance cut them off from the budget over disputes over oil. That forced the KRG into a number of bad energy deals just to keep their economy afloat. It seems like it hasn’t learned as it is still making the same arguments.

The Kurds have consistently been warned that a show down over the budget was coming. In May 2019, Finance Minister Hussein was brought before parliament for questioning over the KRG not following its export quota. At the end of that month, Prime Minister Adil Abdul Mahdi sent Iyad Allawi to Irbil to negotiate the matter with KRG President Nechirvan Barzani. He said that Irbil would cooperate, but nothing changed. In July, Finance Minister Hussein was again questioned by MPs. In September, Abdul Mahdi said that the KRG would be punished by having the value of 250,000 barrels a day in exports deducted from its monthly payments. In November, a KRG delegation arrived in Baghdad to talk about the budget and again promised to meet its quota, and said the same thing in December, but never followed through. The 2020 drop in oil revenue was what made the central government finally stop all payments.

The KRG has absolutely no hand to play in this dispute. It is bound by the 2019 budget to export oil in return for budget payments. It can’t hope to sell more of its own petroleum to make up for the loss because there are little profits to be made during the coronavirus shut down. There’s the added issue that Iraq may not want the Kurds’ 250,000 barrels of oil right now because it is attempting to follow OPEC’s latest agreement to reduce production in an attempt to stabilize supply and stop the dramatic drop in prices. Finally, there is only a caretaker government in office right now in Baghdad, and the Kurds may wait for a new premier to finally be named before any serious talks begin. Iraq is already at its third candidate for that position and it’s unclear whether that crisis will end any time soon. The result is that the KRG is facing severe austerity measures again because of its hubris.

Buratha News, “Prime Minister: The government deducts from the share of Kurdistan Region’s funds because of the failure to deliver the 250 thousand barrels per day,” 9/19/19

Al Mada, “Deputy Prime Minister: The Kurdistan region received less than half of its budget,” 6/24/19
- “Irbil delivers 10-point message from Baghdad: The constitution prohibits cutting the salaries of the province’s employees,” 4/29/20

Al Masalah, “Parliamentary integrity commission on hosting: answers of the Minister of Finance “shameful” … The Kurdish region is not cooperating with Baghdad,” 7/31/19

Menmy, Dana Taib, “What is the fate of Baghdad-Erbil’s oil-for-budget agreement amid ongoing protests?” Al Monitor, 12/12/19