In March 2019 Iraq witnessed the lowest level of violence since the 2003 invasion. There were the fewest attacks every recorded by Musings On Iraq and casualties were extremely low as well especially because most were the results of two mass graves and a clash between the Kurdistan Workers Party (PKK) and Turkish soldiers in northern Kurdistan. The low level of activity by the Islamic State is likely due to two factors. First, the group carried out its traditional spring-summer offensive and reduced its attacks afterwards. Second, it appears that IS is holding back from carrying out more operations as it rebuilds.


There were a total of 63 incidents recorded in March. Two were between the PKK and Turkey and two were mass graves being discovered leaving 59 likely attacks by the Islamic State. Diyala with 17, Kirkuk with 15, and Ninewa with 11 led the country. This was the lowest monthly total ever recorded by Musings On Iraq and the lowest since the 2003 invasion.

During the spring and summer the Islamic State carried out its traditional offensive. Attacks went from 139 in April to 163 in May and 183 in June for instance. That ended in October and attacks have dropped since then. This has been the usual pattern since 2004. Michael Knights of the Washington Institute of Near East Policy speculates that IS is also intentionally holding off on attacks to rebuild its networks. 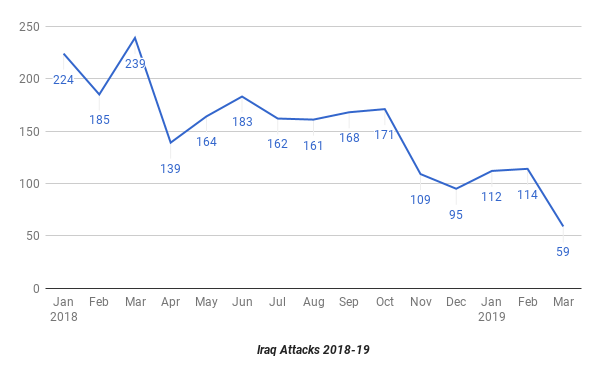 There were 179 deaths and 111 wounded during the month. 9 PKK, 14 Iraqi Security Forces (ISF), 15 Hashd al-Shaabi, 23 Turkish soldiers and 118 civilians lost their lives, while 10 Turkish soldiers, 23 civilians, 25 ISF, and 53 Hashd were injured. 93 bodies were found in two mass graves in Ninewa leaving 86 violent deaths during the month. Minus casualties from the two PKK-Turkish incidents and 54 were killed and 101 wounded by the militants. Ninewa led the country in casualties even without the two mass graves because of a car bomb in Mosul. Again, this was the lowest casualty count ever recorded by Musings On Iraq.

There were repeated reports that IS fighters were fleeing eastern Syria and entering western Anbar. There was news of tunnel networks along the border where the group is hiding out. In February there was a surge in militant activity in the province leading to 27 incidents showing that the influx of manpower was having its effect. In March however there were only 5 attacks highlighting once again that the group was largely taking the month off. 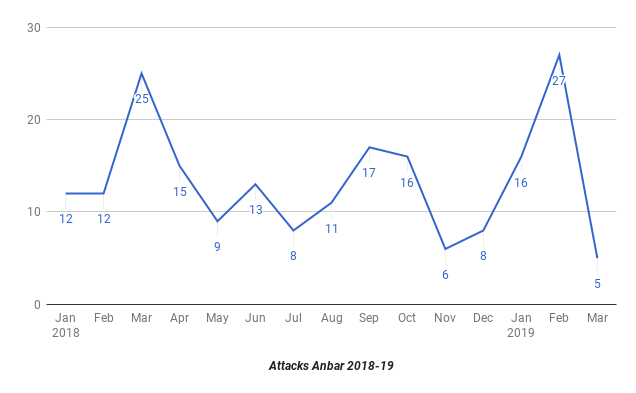 Baghdad has become the forgotten front in the Islamic State’s conflict in Iraq. The capitol used to be the center of terrorist attacks with dozens of attacks every day. Now there are hardly any. In March there were just 4. It appears that the insurgents have largely left the province to focus upon the center of the country. 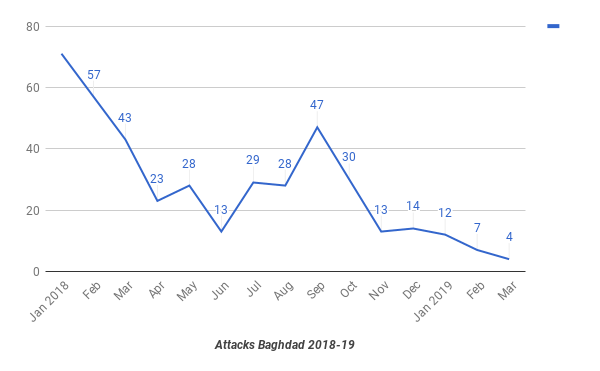 Diyala, Kirkuk, Ninewa and Salahaddin are the heart of IS’s regrouping effort. That’s where the majority of incidents are each month. Of the 59 attacks by IS in March, 49 were in those four governorates. In Diyala there was a gun battle with the security forces and two attacks upon checkpoints. In Kirkuk a checkpoint was assaulted, there were two shootouts between IS and the Iraqi forces, 2 sheikhs were attacked, along with two towns. In Ninewa there was a car bomb in Mosul, the third time in the last five months, and a town was attacked. Finally in Salahaddin, there was one confrontation between IS and the security forces. IS is active in nearly every rural area of these provinces. It also has access to Kirkuk and Mosul cities. There are reports that the group has free reign in many towns at night, that they are collecting taxes, and intimidating locals. The government has no organized response. There are constant security sweeps but most are in reaction to IS activity rather than pre-emptive and intelligence is usually poor unless a specific raid. The result is the insurgents are largely unharassed as they rebuild in the center of the country. The group’s future is still unknown. If it’s relegated to the countryside it will eventually lose relevance and could eventually decline. If it moves back into the cities in the coming months it could return to its terrorist roots. One thing is certain is that IS is coming back together much faster than its last defeat at the hands of the U.S. and Iraqi forces after the Surge. The group’s propaganda talks about how it was beaten before and came back, and it can do it again. It’s proving that it can do that so far. 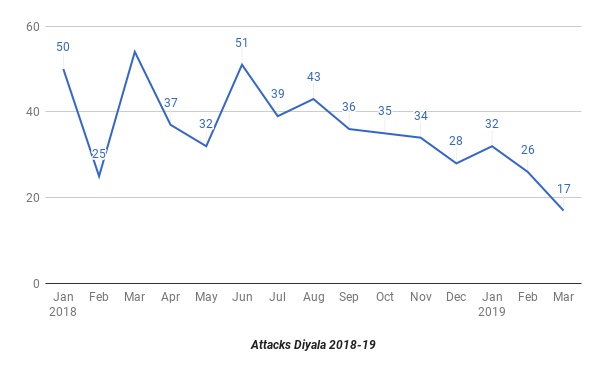 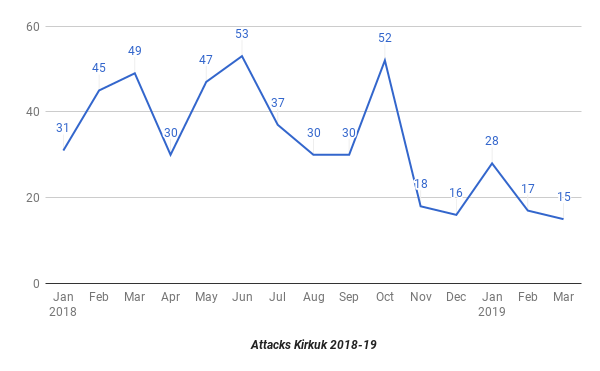 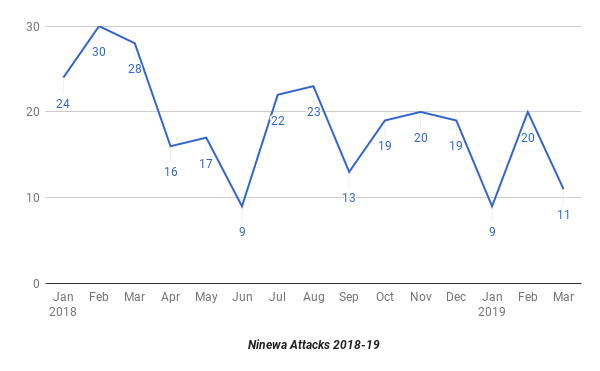 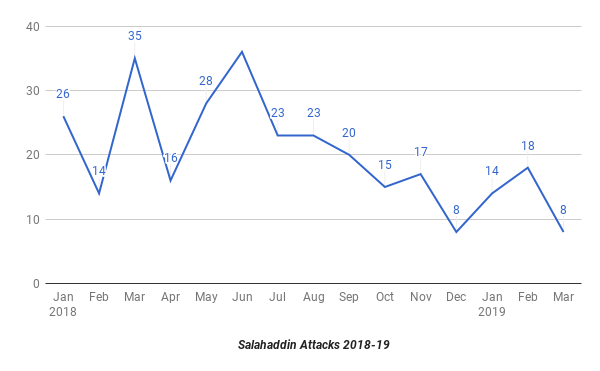