The Sadrists like the rest of Iraq’s political parties are all positioning themselves for the April 2013 provincial elections. Sadr’s followers have been doing so much longer than many. They have gone back and forth with Prime Minister Nouri al-Maliki for the last two years. Every few months they criticize his policies, and say that they oppose his continued rule in Iraq, but then reconcile a little while afterward. The most recent example of this political game was the Sadr Trend’s termination of its short-lived boycott of the cabinet. 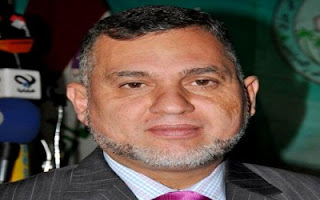 MP Araji, head of the Sadr bloc in parliament, announced the end of its boycott of the cabinet (Sotaliraq)

The Sadr movement ended its boycott in less than a month after it was announced, showing that it was just another act of political theater. On April 1, 2013, the head of the Sadr bloc in parliament Bahaa Araji told the press that its ministers would return to the cabinet. He claimed that a special security committee was being formed, and that a decision would be made on when the postponement of elections in Anbar and Ninewa would be ended. Beforehand on March 26, Araji said that Maliki had given into the movement’s demands, and a member of the premier’s State of Law predicted that the Sadrists would be returning to the government soon. Sadr’s followers withdrew their ministers on March 19 to protest the delay in balloting in Anbar and Ninewa, along with politicizing the judiciary, lack of reconciling with the protests in Anbar and other provinces, and a series of Al Qaeda in Iraq attacks. The movement had been increasingly criticizing the premier for his performance beforehand. The short duration of the boycott and the lack of any concrete results from it, brought into question what the Sadrists had achieved. That misses the point of the Trend’s strategy. This was just one of many times in the last two years that the movement has criticized the prime minister’s reign. Every time though, the Sadrists eventually end their war of words, and revert back to being Maliki’s main supporters. The goal is to not actually bring the prime minister down, but rather to differentiate Sadr’s followers from the prime minister in the larger battle for the support of the Shiite population. Moqtada al-Sadr is hoping that he can eventually become the main vote getter, and replace State of Law as the main ruling party.

Iraq’s next elections are just around the corner, and the Sadrists have been preparing for them for months. They have tried to make themselves out to be the strongest critics of Prime Minister Maliki, and the boycott of the cabinet was the latest attempt to do that. The Trend knows the path to power in Iraq is to win over the Shiite majority, and their constant jabs at the premier are aimed at that goal. The question now is whether they have been able to expand their base at all. The answer to that will be shown in just a few days when Iraqis return to the ballot box for the provincial vote.