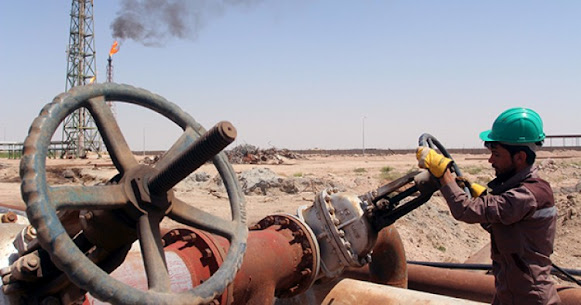 (Middle East Institute)
For four months Iraq’s oil exports had been declining, but that was reversed in September. That was due to the Oil Ministry increasing its production and Kurdistan largely unchanging its. This was the latest example of Iraq flouting its obligations to OPEC which has been trying to raise oil prices after their collapse in the spring.

In September 2020 Iraq exported an average of 2.613 million barrels a day in oil. That was up from 2.597 million barrels in August. In April that figure stood at 3.438 million but went down every month after that until September.

The increase in foreign sales was due to Iraq upping its production in both August and September. During both months Iraq was supposed to produce an average of 3.404 million barrels a day under the OPEC+ agreement because it broke that deal in May, June and July. Instead it produced 3.89 million barrels in August. Baghdad blamed Kurdistan for its August figure because it had not followed through with promised cuts. No figure was given for September yet, but the rise in imports was a sign that production was up as well. Iraq has consistently failed to meet OPEC+ production cuts over the last several years. That’s because the oil contracts the government signed with foreign companies pays them a per barrel fee for unused production which means Baghdad has to compensate them for cutting output. In September the Oil Ministry said it would not be paying those penalties but the international energy companies will likely continue to bill them since the issue is non-negotiable.

Iraq was hoping the rising oil prices over the last few months would mean it could opt out of the OPEC+ production agreement. Twice in September it floated the story that it would ask for an exemption from the organization. The drop in profits in September however may be a sign there is not much leeway for the petroleum market to recover. Iraq is facing the greatest economic crisis since 2003 due to the collapse in oil and is desperate to make as much money as it can which is the reason why it has not followed OPEC+ and is talking about an exception.

NRT, “With A Battered Economy, Iraq Debates Its Contribution To OPEC+ Oil Cuts,” 9/11/20