Iraq saw nearly 5,500 casualties in July 2014. That was down from June, but that was to be expected as fighting has settled down a bit. The insurgency is still carrying out attacks across the country and laying siege to several cities, while the government continues with futile security operations. As the Iraqi security forces have lost more ground they have increasingly turned to indiscriminate attacks upon civilian areas and militias, which are carrying out sectarian killings. There was also an uprising by followers of Mahmoud Hassani Sarkhi in southern Iraq at the beginning of the month. With insurgents set on restarting fighting in Baghdad the current situation could actually get worse in coming weeks. 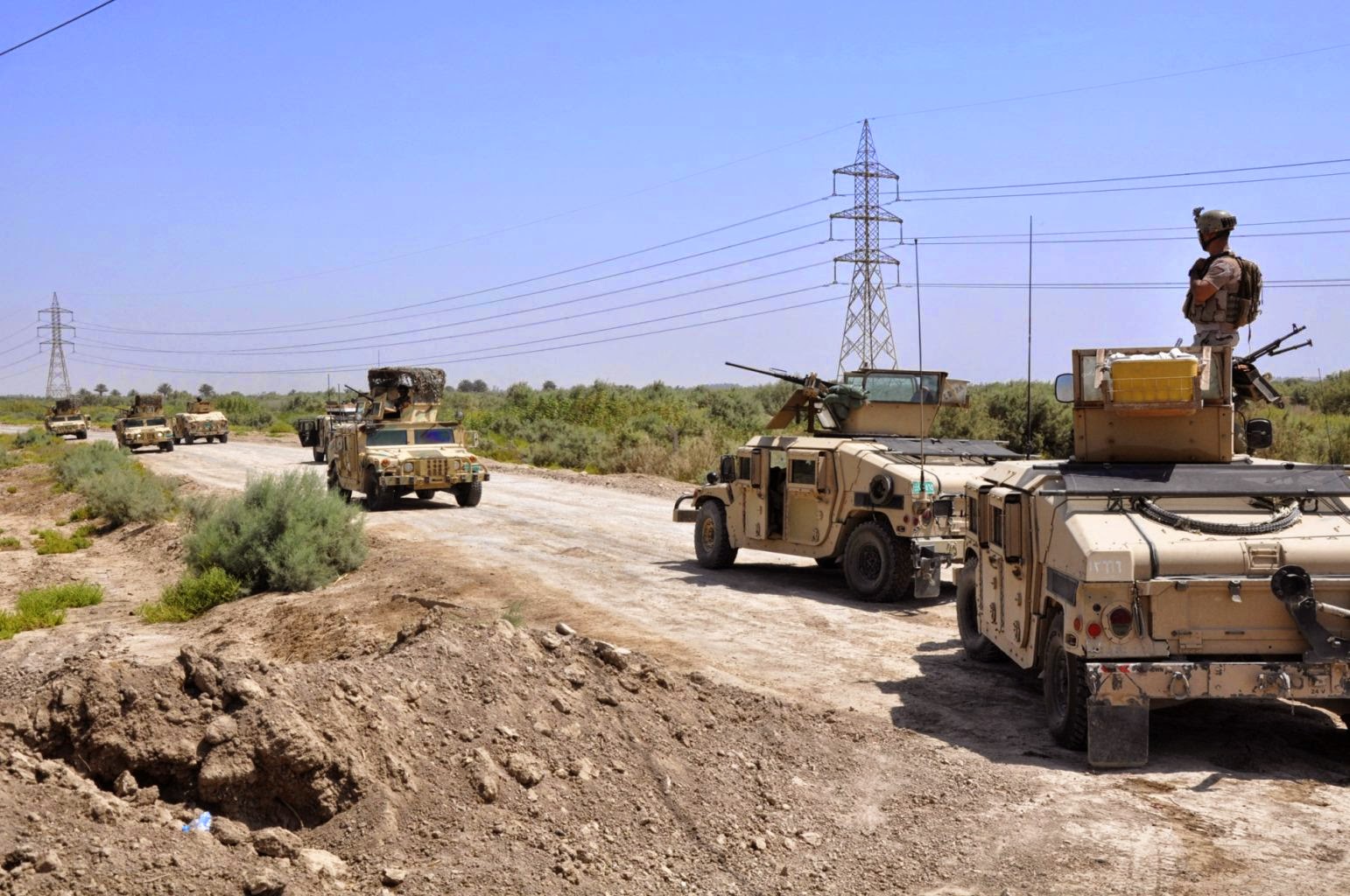 The security situation across the provinces stabilized in July. There were no more insurgent sweeps across vast territory. Instead the militants laid siege to several major cities. Starting in Anbar, the insurgents were able to expand their hold upon Ramadi by spreading from the southern sections into the western half. The government responded by sending 4,000 volunteers to the city. These volunteers are receiving hardly any training and there are reports that they are barely armed or supplied begging the question of why they are being sent into high conflict areas like Ramadi. Militants also laid siege to Haditha. The ISF responded by announcing security operations inside and out of Ramadi on July 15 with the support of friendly tribes, along with Garma east of Fallujah and Saqlawiya to the west that included the Badr Brigade and militiamen from the Islamic Supreme Council of Iraq. These are all areas that the ISF has cleared several times before. In Babil the security forces launched two more campaigns in Jurf al-Sakhr in the northern section of the province even though government spokesman General Qasim Atta and the governor claimed the area was safe at the beginning of the month. Like in Anbar these operations included militiamen from the League of the Righteous, Abu al-Fadl al-Abbas, and the Hezbollah Brigades along with 500 volunteers. Three days after the first security operation it was reported that the Islamic State had moved right back into the area leading to the second campaign towards the end of the month. When the security forces move in the IS fighters shift over to eastern Anbar, and then return to Babil when the ISF and their allies leave showing the futility of the government’s strategy. Of course that did not stop the Babil Operations Command claiming success again at the end of the month. In a similar situation the ISF claimed that Latifiya farther north in Babil towards Baghdad was cleared, only to have intense fighting break out there immediately afterward. That showed that the IS has actually been able to expand its base of operations in the governorate. This same pattern is being repeated across the country. In July the ISF said it cleared Mansuriya, Muqtadiya, and the Hamrin Mountains in Diyala, and the Hawija district of Kirkuk. Like in Babil, as soon as these operations were over the militants moved right back in. Even more concerted military efforts like the attempt to retake Tikrit were stymied. With great fanfare the government announced that it had re-entered the Salahaddin provincial capital in the middle of July. In fact, the ISF drive was turned back by snipers, IEDs laid along the major highways, and suicide bombers. In turn, the insurgents tried to take the Speicher base outside of the city and the Baiji refinery, but failed showing that there is a rough stalemate in Salahaddin. In a more important development several local tribes fought the insurgents in places like Hawija in Kirkuk and Dhuluiya and several other small villages in Salahaddin. The government has not adequately supported these groups and many sheikhs find themselves standing alone against the militants. In the south from July 2-4 followers of Mahmoud Hassani Sarkhi, a breakaway cleric from the Sadr movement, rose up in Qadisiyah and Karbala. According to the press at least 160 of them were killed or wounded as their revolt was put down. Finally, in Ninewa, which is mostly under insurgent control IS has strengthened its hold over the population. The destruction of shrines and the driving out of Christians has been well documented. The Islamic State has gone after other groups as well, carried out executions, and destroyed people’s homes in the province. On July 2 30 Shabak from the town of Omar Kan were kidnapped. July 10-11 21 people were taken away in Mosul, another twenty from that city on July 27, and eight more on July 30. Their fate is unknown but they were probably executed as 10 bodies were found in Kokjla on July 14. The group has continued with its long time practice of blowing up the homes of members of the security forces as happened on July 12 when 20 policeman’s houses were destroyed with IEDs in Hamam al-Aleel. These actions all belie reports that the Islamic State is leaving Mosul for other groups. Instead it appears that the city will be the capital of its caliphate. July shows that while the insurgent charge has been blunted it still holds the initiative. It is largely choosing where and when engagements happen and it is attacking several cities and towns throughout the center of the country. The government even with the help of thousands of volunteers and the militias are still carrying out fruitless security campaigns in reaction to the militants. Baghdad’s inability to hold any Sunni territory means that it will not be able to reverse the current situation any time soon. 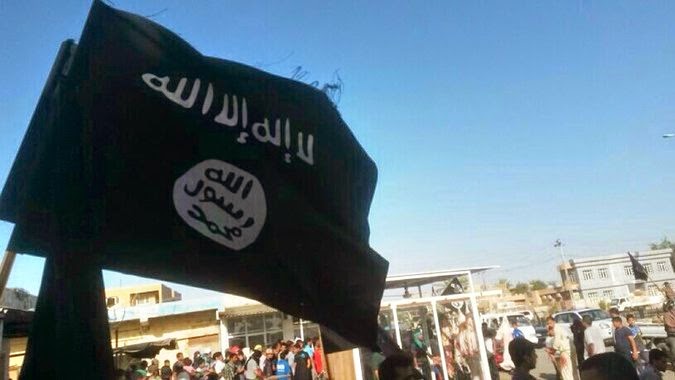 The Islamic State has increased its hold over Ninewa province kidnapping people, murdering them, destroying shrines, and driving out not only Christians but other minority groups like Shabaks as well 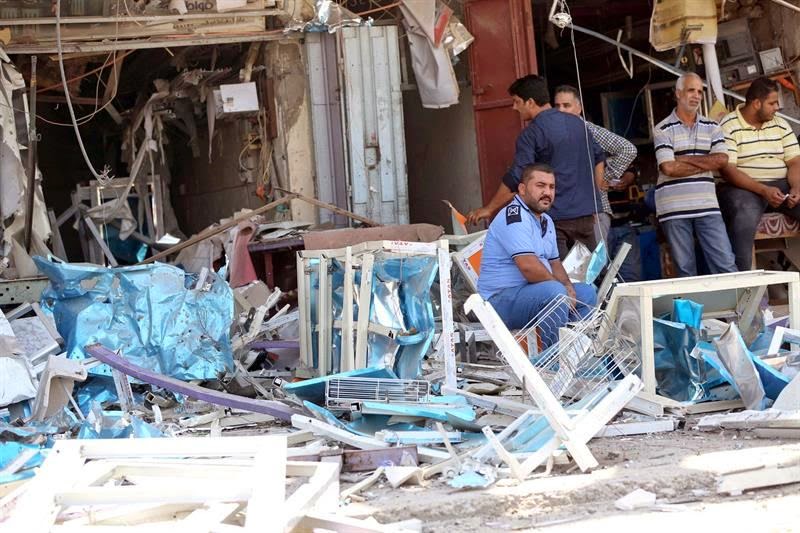 The Islamic State (IS) has changed its use of car bombs in recent months. In July there were 42 Vehicle Borne Improvised Explosive Devices (VBIEDs) the lowest monthly total of the year. There were 17 in Baghdad, 7 in Anbar and Salahaddin each, 3 in Babil, Diyala, and Kirkuk each, and 2 in Basra. The attacks in Baghdad and Basra were aimed at rekindling sectarian tensions with Shiites. On July 7, 19 and 22 the Kadhimiya neighborhood in Baghdad was hit, which is the home a Shiite shrine. More importantly IS is using VBIEDs more as a tactical weapon. Hence Samarra faced two car bombs on July 15 and another on July 29. That city is on the frontline in the fighting in Salahaddin. Because of this change in emphasis VBIEDs are not coming in their traditional waves that they did before, but are occurring in longer stretches with at least one bombing a day from July 14 to 22.

The government is causing its fare share of casualties as well. This started in Anbar, but has now spread to Salahaddin, Diyala, and Ninewa. From January to July 999 people have been killed and 2,685 wounded in shelling in Anbar. The vast majority of these occurred in Fallujah, but in July Qaim, Garma, and Rawa were also hit. There were also 15 fatalities and 20 injured in Salahaddin last month from mortar and artillery fire. Iraqi Army air strikes killed another 124 and wounded 285 in those four provinces. As the ISF has lost more territory to the insurgency it has turned to indiscriminate shelling and air strikes on civilian targets more and more. It apparently does not care about the consequences and considers anyone in enemy territory a legitimate target. 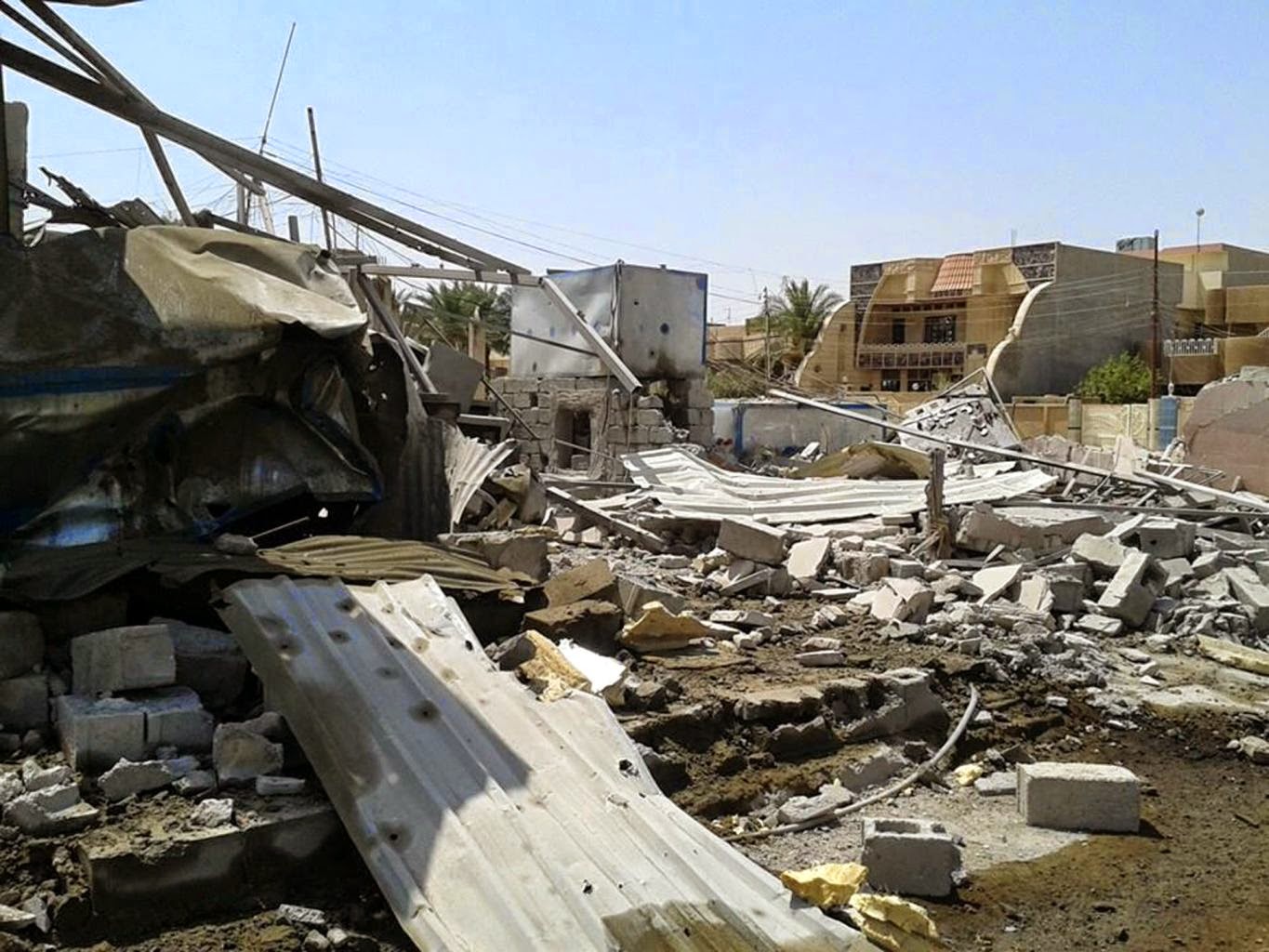 A destroyed home in Fallujah after a government air raid. The security forces have increased its indiscriminate shelling and air strikes on areas under insurgent control since June with little concern for the civilian casualties (EPA/STR)

Civilian Deaths By Government Shelling In Anbar In 2014

Civilian Deaths By Government Shelling In Salahaddin In July 2014 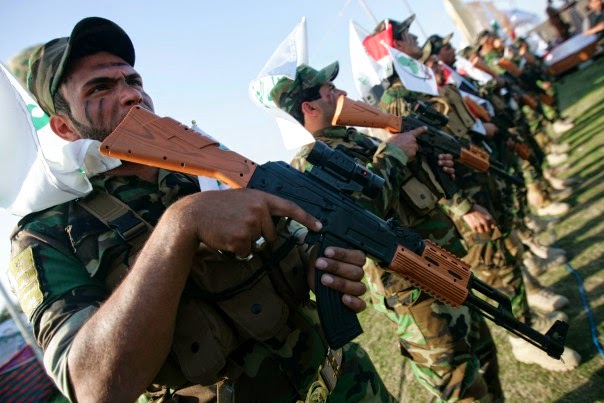 As security has deteriorated the government has come to rely upon militias like Asaib Ahl Al-Haq the League of the Righteous more and more. Many of these armed groups have been blamed for sectarian killings of Sunnis in Baghdad and the surrounding areas (Reuters)

Baghdad is relying upon militias more and more since fighting started in Anbar. One result is that groups like the League of the Righteous have been accused of kidnapping and murdering Sunnis in Baghdad. There has been a decided increase in bodies being dumped in the capital in recent months as a result. In April there 28 bodies found, going up to 42 in May, 44 in June, and 98 in July. Human Rights Watch (HRW) documented cases of militias going after Sunni men, accusing them of being insurgents and murdering them not only in Baghdad, but in Diyala and Babil as well. On July 9 for instance, 53 bodies were found in Khamisiya north of Hillah. A government official and a brother of one of the victims told HRW that the League of the Righteous kidnapped these men on June 11, killed them, and then left their bodies. The League, Hezbollah Brigades, and the Badr Brigade have allegedly been given responsibility by Prime Minister Nouri al-Maliki to police the Baghdad belts and route out insurgent cells. The result is the return of these sectarian killings.

Independent Press Agency, "28 killed and wounded in the final outcome of the bombing of Kazimiyah," 7/7/14
- “Army dominates most areas of North Babylon, kills dozens of Daash,” 7/23/14
- "Killing and wounding 29 people outcome of a suicide bombing south of Baghdad," 7/19/14

Al Mada, “Army makes “tactical” withdrawal from Tikrit because of booby-trapped buildings and streets,” 7/17/14
- “Babylon Council enhances the security forces in Jurf al Sakhr with 500 volunteers,” 7/12/14
- "Baghdad bombings toll rises to 96 dead and wounded," 7/19/14
- "Daash kidnap 6 in central Mosul," 7/11/14
- “Governor of Babylon denies insurgents control Jurf al-Sakhr: proactive operations against insurgent pockets,” 7/8/14
- "Killed and injured 11 in a bomb blast in eastern Baghdad," 7/22/14
- "Killing and injuring eight people by a car bomb southwest of Baghdad in the second such incident today," 7/14/14
- "Killing and injuring seven policemen in an armed attack on Awakening central Ramadi," 7/16/14
- "Lawyer killed in a car bombing west of Baghdad," 7/11/14
- “Security expert: Delay in support of the tribes forced them to swear allegiance to al-Baghdadi,” 7/16/14
- “”Slow progress” of the security forces because Daash sniper fire center of Tikrit,” 7/15/14
- "Two injured in a suicide bombing of the Peshmerga forces west of Kirkuk," 7/11/14

Thank you for your well informed post.
I knew for relatives and friends in Iraq (in the Lower South and Baghdad) that the Maliki death squads such as the league of the righteous have been killing Shias as well, specially women and men with education degrees (women) and holding security positions (men), but always is reported that the League... is just killing Sunnis.
do you have any information regarding fighting between Sadrist and the League...?
The League and alBader are cooperating at high security level, what about the cooperation between the League... and the peace brigades?
Why the Obama administration is silent before the daily killings of those Maliki death squads?

Sadr still considers Asaib Ahl Al-Haq as a breakaway rebel faction. He has continuously attacked them verbally for years now and recently. The two groups used to get into gunfights in Baghdad but that hasn't happened for a while. Given the security situation there's no reason for them to fight, but they do keep up the verbal jabs. Badr and AAH are both aligned with Maliki right now so that explains their cooperation, plus they are being organized and armed by Iran.