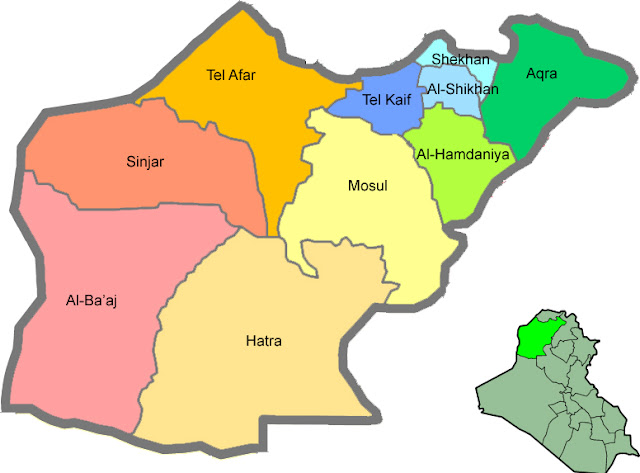 This summer there has been a steady flow of people returning to the Sinjar district of Ninewa. The International Organization for Migration (IOM) the premier group working with Iraq’s displace (IDPs) reported 12,920 people went back to western Ninewa from June to July 2020. 92% of those went to Sinjar. There was no breakdown of the ethnicity of the IDPs but many were likely Yazidis who fled when the Islamic State captured the area.

The main reasons why people are going back include improved security, the removal of explosives such as IEDs, restoring public infrastructure, along with mukhtars, NGOs and earlier returnees encouraging people to come back. Another factor was the coronavirus has led to movement restrictions in Iraq. People wanted to head home before they were blocked from doing so due to the pandemic.

The local authorities are attempting to aid the IDPs in Sinjar. They set up a complaints system to try to help people out.

Returns to Sinjar have been slow. The district was devastated by the Islamic State and the operation to liberate it resulted in widespread property damage. There was a huge amount of IEDs left behind as well, few of which were removed, making the area largely unsafe. There were also political disputes over who would control Sinjar. Some of these issues are slowly being resolved prompting people to go back.

International Organization for Migration, “Displacement and Returns To Sinjar and Al-Ba’aj Districts,” August 2020