Baghdad and Erbil Agree On Security Cooperation In Disputed Areas 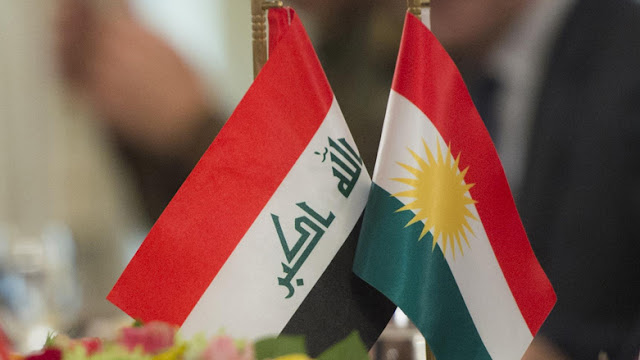 Most of the violence in Iraq takes place in just two places, southern Kirkuk and northeast Diyala. These are the disputed territories of the Khanaqin and Hawija districts. In some of these areas there is a large empty space between the Kurds and federal forces which is being exploited by the Islamic State. Recently Baghdad and Irbil entered into talks to help close those gaps.

The negotiations between the central and regional governments were initiated by the United States. That effort started in June. By the next month an initial agreement was made between Baghdad and Irbil. The two agreed to set up three joint operations rooms to deal with the disputed areas across Diyala, Kirkuk, Ninewa and Salahaddin. Even before the deal had been formalized there was already some collaboration. The Kurdish counter terrorism force cooperated with the Iraqi forces in the fourth stage of the Heroes of Iraq operation in Diyala, along a road in the Tuz Kharmato district in eastern Salahaddin, and intelligence sharing has begun as well.

This is a very important development. The Islamic State has near de facto control of many of the rural areas of Khanaqin and Hawija. They have driven people out with hundreds of empty villages in Diyala and now are in a war of attrition against the security forces. The empty zones between the federal and regional forces have to be closed to deny the insurgency freedom of movement within them. That would be a decided strike against IS which is trying its third reconstitution in Iraq.

AIN, “Intelligence cooperation between Baghdad and Erbil to control the security of the disputed areas,” 8/9/20

NINA, “Major General Al-Khafaji: Joint Operations With Peshmerga Soon And Next Meeting To Implement The Understandings,” 8/9/20

Rudaw, “Peshmerga and Iraqi forces coordinate for security in disputed part of Salahaddin,” 8/3/20

Shafaaq news, “Coordination between the army and the Peshmerga to besiege ISIS in Khanaqin,” 8/6/20