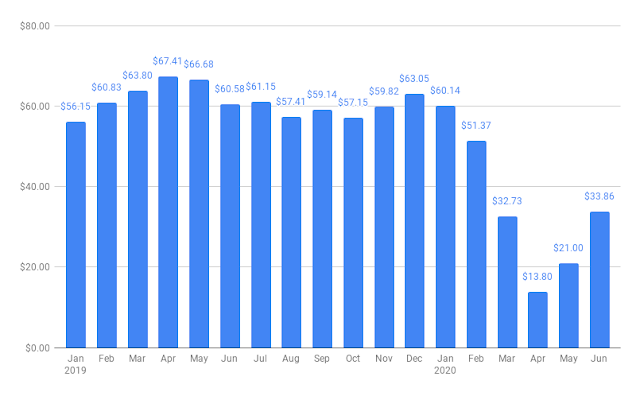 In June 2020 Iraq had the lowest average oil exports in five years as it attempted to meet its OPEC quota. Prices also rose for the second straight month. That wasn’t enough to meet the country’s budget requirements however.

In June Iraq exported an average of 2.816 million barrels a day of oil. That was the lowest average since 2.7 million in October 2015. In April of this year, Iraq made an annual high of 3.438 million barrels. Exports have dropped since then as Iraq has slowly but surely cut production to try to meet its agreement with OPEC to try to stabilize the energy market. This was accomplished by talks with some of the major foreign energy companies to cut their output from southern oil fields.

The moves by OPEC and the opening up of several parts of the world during the Covid-19 pandemic has stabilizing supply and demand a bit. That resulted in prices going from a low of $13.80 per barrel for Iraq in April to $21 in May and $33.86 in June. That earned Baghdad $2.861 billion in June up from $2.091 billion the month before. That’s still far too low for the government which needs to be selling its petroleum at $50-$60 per barrel to meet its budget. It needs $1 billion a month to pay the oil companies and $5 billion a month for salaries and pensions alone.

The government will be issuing bonds to borrow from local banks and is in talks with the International Monetary Fund for a loan to cover its costs. Prime Minister Mustafa Kazemi has made no serious proposals for cutting spending yet. That’s because government jobs and pensions are controlled by the ruling parties that hand them out in patronage networks to maintain their support. They are opposed to any reductions in either and that is the largest part of the budget. There is also the general belief that oil prices will eventually rise, so this is only a temporary crisis. Finally, Iraq has consistently failed at strategic planning, so even in the midst of crises it never adequately responds.