Returns And Removals In Baghdad 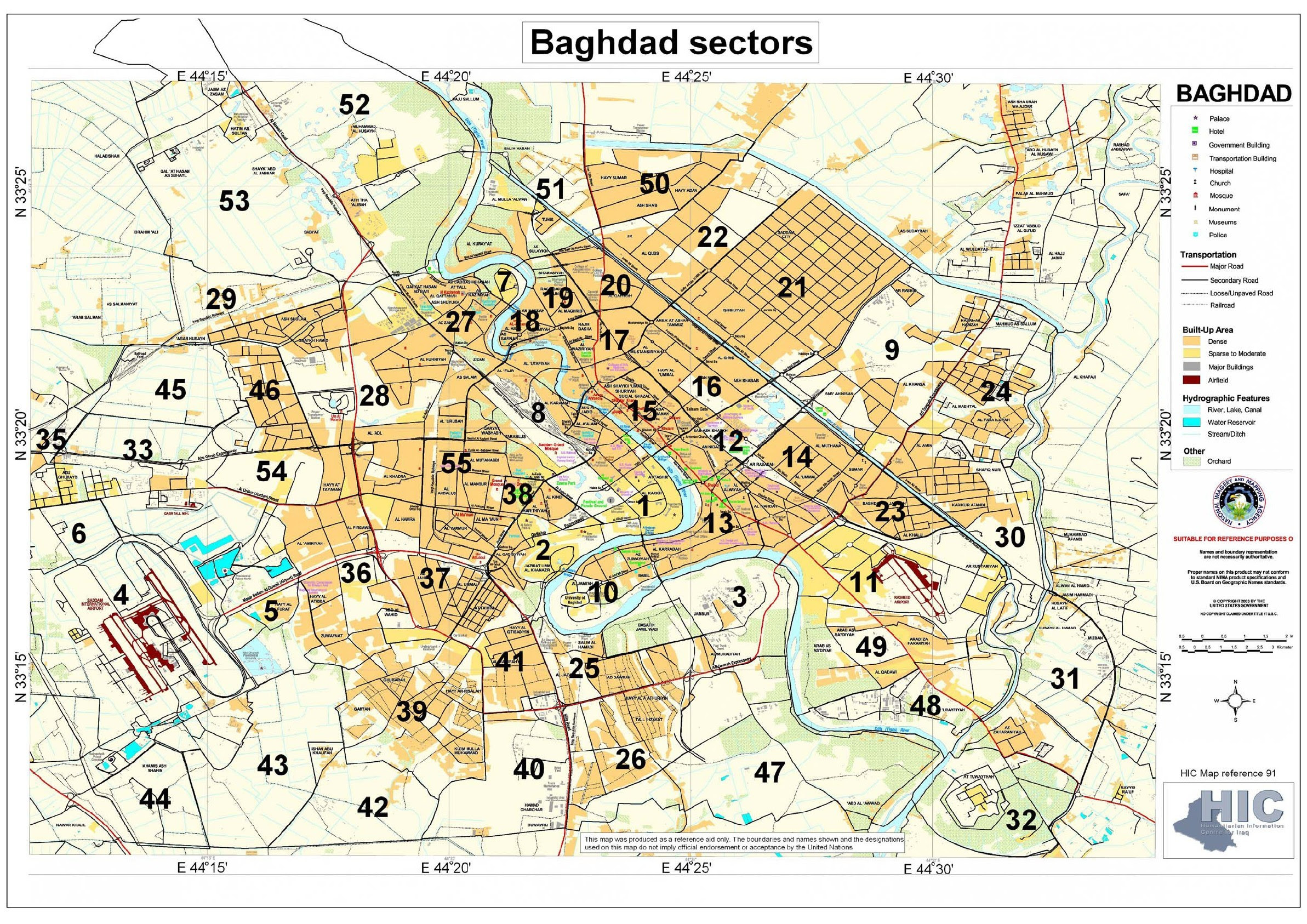 Area 28 is the al Adel, al Jamia and Karrada district where the government is currently removing squatters and some refugees are returning

September 2 was the deadline Prime Minister Nouri al-Maliki set for squatters to vacate Baghdad. Alsumaria TV reported on September 3 that government forces began to remove squatters and help refugees return to their homes. The spokesman for the Baghdad security plan claimed that 275 families come back to al Adel and the neighboring al Jamia neighborhoods in the western half of the capitol in the last few days as proof that the plan was working. In total, the government said that 454 families had returned to al Adel, al Jamia and Karrada over the last few months. The government had in fact, been asking squatters to leave Adel and Jamia since July 2008. On July 16, Iraqi forces said squatters had three days to evacuate those two districts in the capitol, but nothing happened. The return has not been without incident however. On September 3, IraqSlogger reported that a man in east Baghdad was killed after he attempted to return to his home that was occupied by a squatter. As reported here several times before, the government’s refugee program has led to a plethora of criticisms. One of which is whether the government can provide security to returnees, especially in areas that are now dominated by a single sect.

Having refugees come back to their homes, especially in Baghdad, is part of Maliki’s new campaign to paint himself as the nationalist leader of his country. He’s gone after his political rival Moqtada al Sadr since March 2008. He launched a crackdown on Al Qaeda in Iraq and the Sunni insurgency in Mosul in May. He brought the Sunni Iraqi Accordance Front back into the governing coalition in July. In August, he took a hard line stance with the United States in the negotiations over security and diplomatic agreements, demanding a withdrawal date for U.S. combat troops. Now he is attempting to solve the refugee crisis, which a Brookings Institute study recently said would be the true sign that the country has become safe and stable. It is yet to be seen whether Baghdad can actually come through and govern and assist its public, so this could be the greatest test for the government so far.