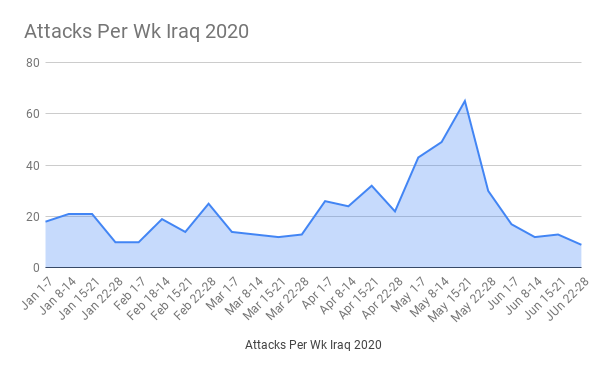 Violence in Iraq hit a low point during the fourth week of June. Attacks by the Islamic State were at single digits while there was another rocket incident by pro-Iran groups in Baghdad. Part of this is due to a number of security sweeps through IS areas along with the end of the group’s Spring offensive.
Read more »
- June 30, 2020 No comments:

This Day In Iraqi History - Jun 30