Iraq has had grand plans for its electricity sector for quite some time. After years of wars and sanctions the power grid is in poor shape and needs billions in investment to provide the public with 24-hours of power. That’s always been hard, because demand has skyrocketed since the 2003 invasion. That hasn’t stopped the Electricity Ministry and leading officials to promise that a solution to the country’s power shortages is just a few years away. An analysis of the industry however, reveals that Iraq is nowhere close to resolving this dilemma, because the task is too large for the skills and funding currently available.

Recently, Iraq’s Electricity Ministry released a 5-year master plan that outlines its goals for the power network. The 5-year plan calls for boosting production to meet demand by 2015. That is to be achieved by rehabilitating and expanding the existing transmission, distribution, and generation system. New power stations are to be built, generators installed, transmission lines laid down, etc. Deputy Prime Minister Hussein Shahristani for example, told the press in mid-February 2013, that three power stations would be opened per month until Iraq’s power struggles were ended. The Electricity Ministry wants to reach 13,000 megawatts by this summer, 20,000 megawatts by 2014, and 22,000 megawatts by the end of 2015. It also calls for a seven-fold increase in natural gas supply to fuel all the new power plants. The problem is the Ministry predicated that gas would only meet 50% of requirements within 5-years. That means that heavy fuel will be used, which degrades equipment quicker, reduces production, and raises costs. This has been a chronic problem within the country for years, because the natural gas industry is so underdeveloped. Another issue is that if all the components of the strategy are not met, it cannot reach its goals. That is the larger dilemma that faces Baghdad, and there are no signs that it’s achievable.

First, Iraq is not appropriating nor attracting the necessary funds. The 5-year plan calls for $31.8 billion in investment. The 2011 capital budget for the Electricity Ministry was only $3.2 billion, and it only spent 33% of it that year. The government has tried to make up the difference by soliciting foreign money. It offered four Independent Power Producers partnerships that would have allowed international companies to build, operate, and run facilities, while collecting revenues from them for the sale of electricity. Baghdad could not agree upon the price for these deals, so all of them fell through. That means the burden is completely upon the government to provide the money required, and it is failing to budget enough or even spend what it has. The capital budget would have to more than double for the Electricity Ministry from 2012-2015 to meet its mark, but that hasn’t happened.

Second, the Electricity Ministry has poor execution. The decision-making within the Ministry is inefficient and fragmented between its various directorates. It also doesn’t have the capacity to evaluate proposals, finish contracts, implement large projects or maintain its infrastructure. In terms of personnel it lacks engineers, managers, budgeting officials, and skilled labor. Many of the workers that it does have are inefficient. In 2012 it was estimated that it has over 100,000 employees. According to the Ministry, it takes an average of 15 workers to generate 1 megawatt of power. In the rest of the Middle East and North Africa, it only takes three. Since most of the 5-year plan is based upon large construction deals, the inability to contract, finance, and budget them, along with questions about whether they would be able to be serviced afterward, puts the entire scheme in question.

Members of the government have already pointed out these shortcomings of the Electricity Ministry. In September 2012, Deputy Premier Shahristani boldly told the Special Inspector General for Iraq Reconstruction that all of the Ministry’s predictions should not be listened to, and that their numbers should be considered theoretical. He went on to note that since most of the companies that have won contracts in Iraq are new to the country they could not be expected to finish on time. The Ministry supported that when it stated that some of the corporations would be delayed due to the hot summers. Shahristani is responsible for the energy folder in the government. If he stated that the Electricity Ministry’s goals should not be taken seriously that was a serious slap in the face to its abilities, and Iraq being able to solve its electricity difficulties.

Another factor is the sorry state of the country’s infrastructure. It was severely damaged in the 1991 Gulf War then neglected due to sanctions, before it went through the Iraq war and insurgency. Militants for instance, would routinely target electrical towers, and blow them up. The effect of all these events can be seen in the installed capacity of the country. In 1990, it was at 9,295 megawatts. By the end of 2003, it had fallen to 3,300. The actual operating capacity was far less. On top of that, the national grid is poorly designed. That leads to a huge amount of waste, low voltage levels, and disruptions. More than 1/3 of the power produced is lost before it ever reaches the consumers for example. That is the highest rate in the Middle East. This is the main reason why Iraq needs such a huge amount of money for its power system. Almost everything needs to be repaired, and tons of infrastructure added.

Iraq is also not dealing with a static amount of power that it needs to provide to solve this dilemma. Since 2003, demand for power has continuously increased. Iraq has high population growth, rising incomes, more businesses opening, and a country to city migration that all mean more use of electricity. The end of sanctions also released years of pent up demand, especially for consumer goods like air conditioners and refrigerators that were once scarce. Since the system cannot provide a consistent supply, Iraqis have turned to illegally tapping into the system. It’s estimated that there are over one million illegal hookups to the national grid. This obviously makes the problem worse as it siphons off power. Because supply is so bad, many Iraqis do not pay their electricity bills either. Those prices are already heavily subsidized, and after protests broke out in 2011, the government began giving away free power each month. All together that means that even if the Electricity Minister were able to produce 22,000 megawatts by 2015, that’s likely not to be enough to satisfy the public, and provide non-stop power.

In conclusion, the failure to deliver power affects not only the economy, but also the standard of living, and the government’s image. Businesses and factories are routinely shut down, because they lack electricity. It forces them and common citizens to turn to generators, which are a huge cost. This spending hurts investment and production by companies. As demonstrations in 2011 and 2012 showed, the public is very angry that they cannot get 24-hours of power each day. The perception is that there has been little progress in the delivery of electricity since 2003. The public plays a role in this as well, because it’s not like production has not increased. It’s that consumption has grown faster. Because of all the institutional and infrastructure problems that the Electricity Ministry faces there seems no chance that it will be able to reach any of the goals it set for itself in its 5-year plan. That means for the foreseeable future, Iraq will face continued blackouts and power shortages that reverberate throughout the society. 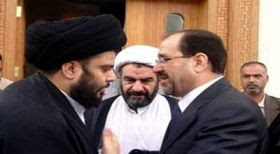 Visser, Reidar, “Iraq Gets A New De-Baathification Board but the Supreme Court Becomes a Parody,” Iraq and Gulf Analysis, 5/7/12
- February 26, 2013 No comments: