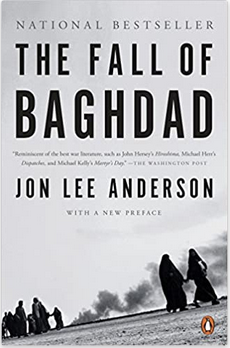 The Fall of Baghdad was written by Jon Lee Anderson who worked for the New Yorker. It was about his time he spent in Baghdad from 2002 before the U.S. invasion of Iraq until right afterward. The story reads like a journal of Anderson’s day to day activities waiting for the war to start, the Iraqis he met, and then the chaos that came afterward. Anderson was one of the few to report on what Iraqis were experiencing during this period and realized early on that they would not stand for a U.S. occupation.
Read more »
- March 31, 2020 No comments: