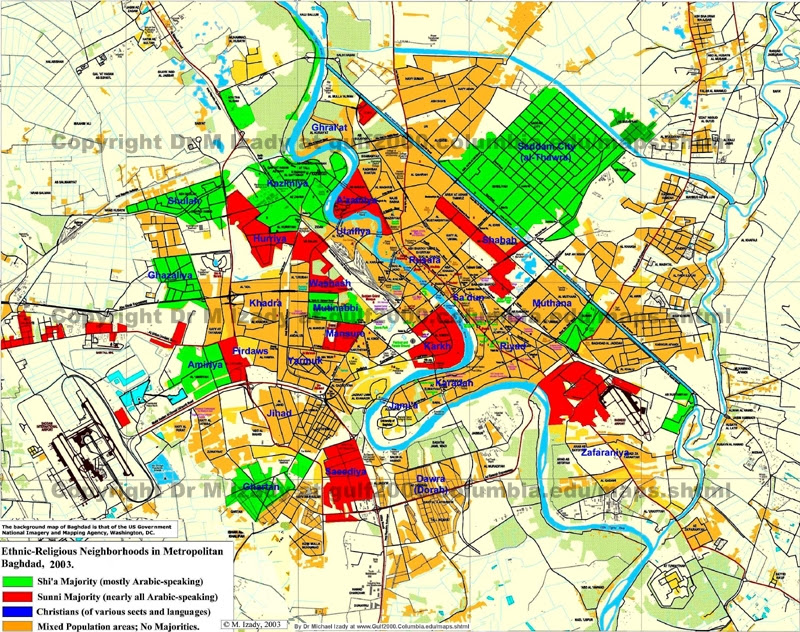 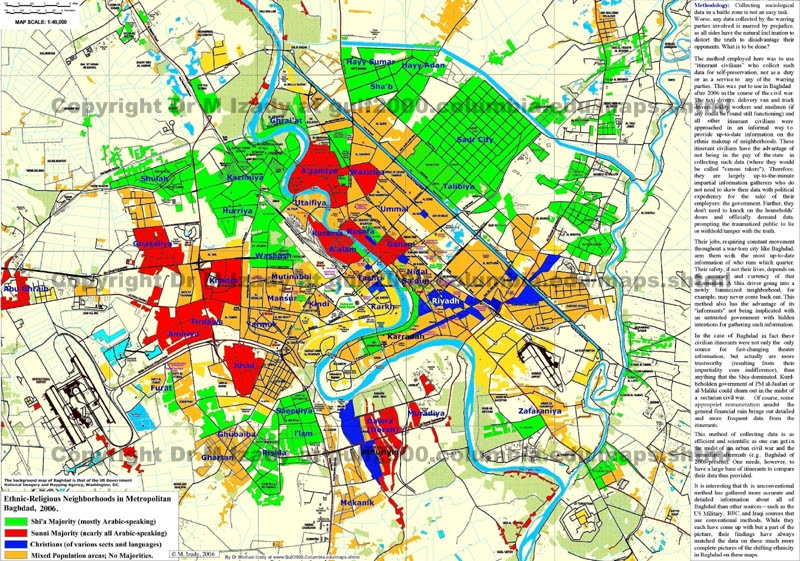 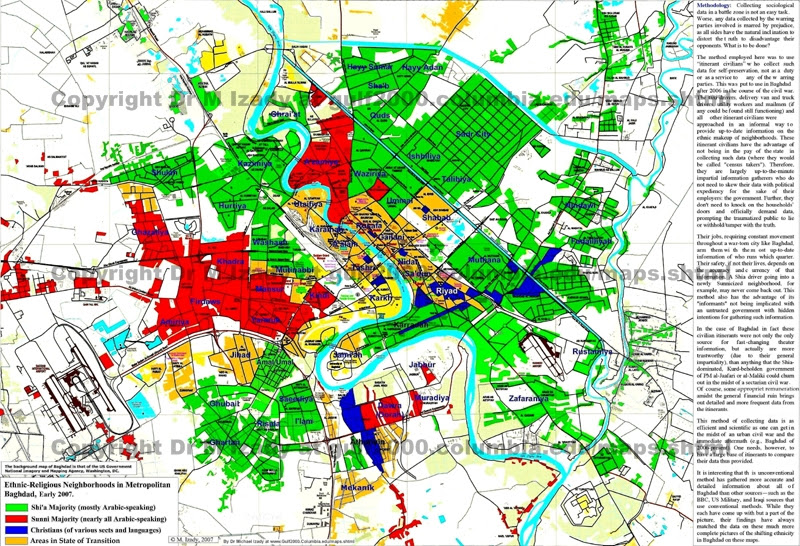 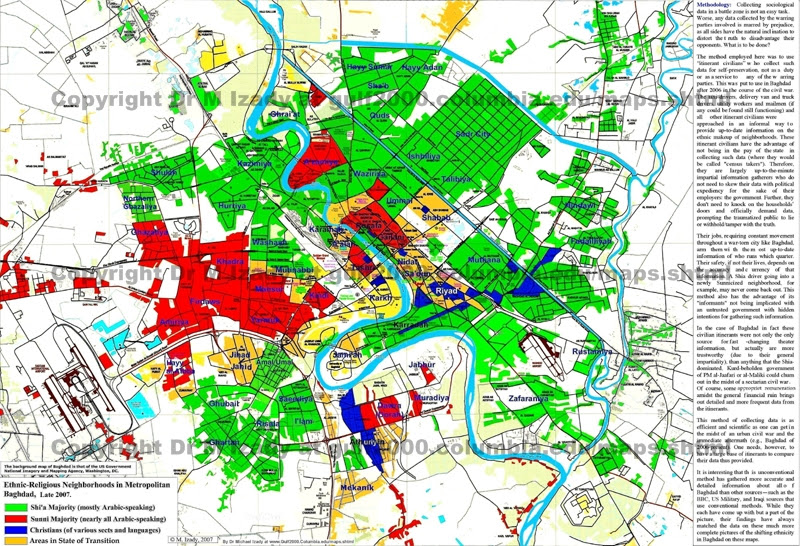 The last map is from mid-2008. There were very few changes by that time. The only noticeable ones were around the Riyad area that went from mixed to Shiite on the western bank of the Tigris across from the Green Zone. By 2008 the sectarian war was over, the insurgency was reduced to largely carrying out terrorist bombings and hit and run attacks, and deaths were dropping.