It appears that Prime Minister Nouri al-Maliki is becoming a little nervous before his deadline for the government to improve its work concludes. In the middle of nation wide protests, the premier pledged on February 27, 2011 to give his ministers 100 days to provide better services or be replaced. Those days are quickly running out, and a new wave of demonstrations may emerge again, because no one believes that the bureaucracy will get any better any time soon. In response, Maliki is carrying out a new wave of arrests to try to stave off any renewed signs of public discontent.

As reported before, a small group of people gathered in Baghdad’s Tahrir Square on May 27, as they have every weekend for the last three months, to demonstrate against a wide variety of issues. The police were out in full force, blocking off entrances to the square, conducting searches, and putting down barbwire to the bridge connecting the square to the Green Zone. During the protest, four organizers were picked up by soldiers from the 11th Division, and then driven away in an ambulance. Their location is unknown, but the four had been setting up protests since February, and were planning a big event to coincide with the end of the 100-day deadline.

That next day, a security unit raided the offices of Where Is My Right organization in Baghdad. Four Humvees, and two four-wheel drive vehicles pulled up outside their building, men burst in, searched the offices, destroyed some of the equipment, and took away files and some computers. The government forces then took away eleven members, including the secretary general. At the time, the group was ironically discussing how to obtain the release of the four organizers arrested at Tahrir Square. Where Is My Right is another body, which had been organizing demonstrations in the capital. Again, which unit carried out the raid, and where the eleven activists were taken is not known.

Soon after Iraq’s protests started at the beginning of the year, Prime Minister Maliki responded with a carrot and stick approach. He made promise after promise of reform to cajole them, while deploying the army and police in increasing numbers to silence the dissenters. That had a decided affect as demonstrations went from nation-wide with thousands of people showing up, to just a few hundred appearing in Baghdad every Friday, with a scattered few in a couple other cities in Iraq. Whether the protest movement will regain its steam after the premier’s 100-days expires is unknown. It appears that Maliki is taking no chances with this new series of raids on activists.

Images of May 27, 2011 protests at Tahrir Square, Baghdad care of Uprising Free Iraq 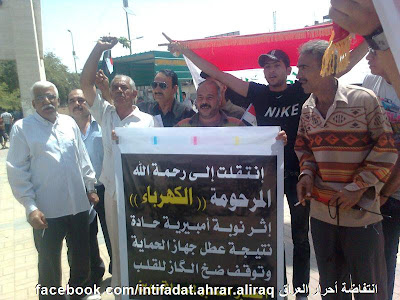 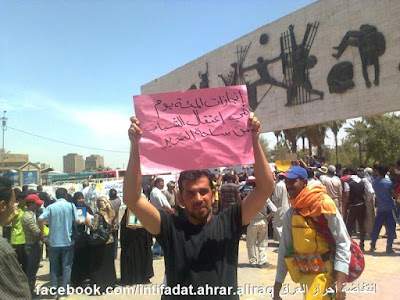 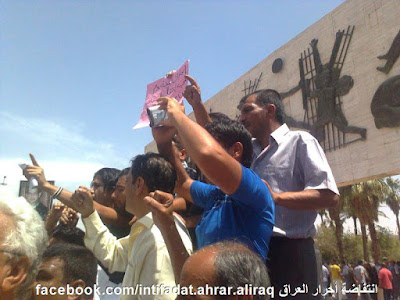 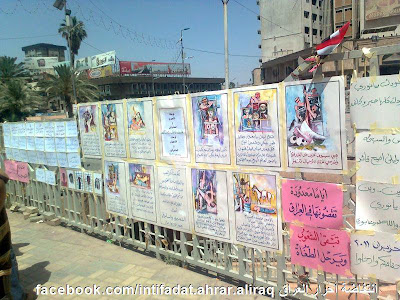 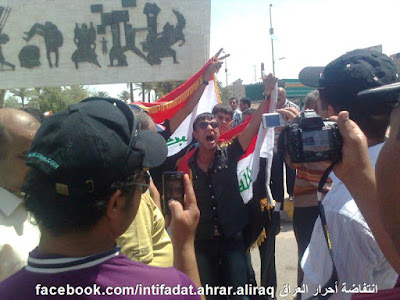 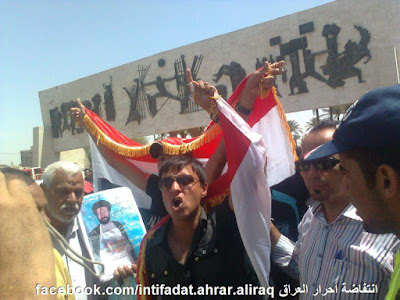 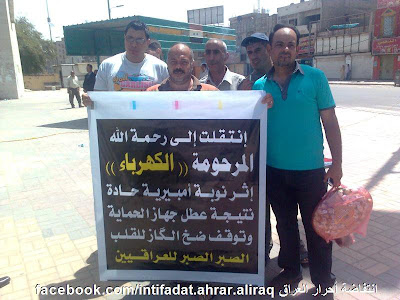 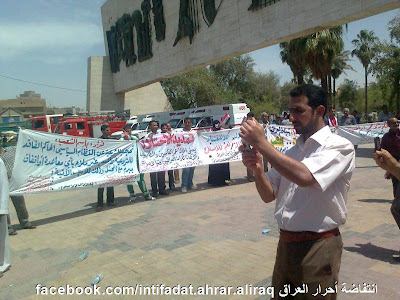 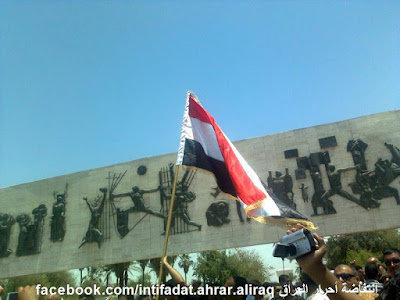 What a great shame that western media is mostly ignoring the crackdown on protests in Iraq.

You would think it's strange that such a repressive government can still command so much popular support. It just goes to show that Iraqs political sphere is still deprived of decent candidates getting into real positions of power.

Personally I don't see any reason to believe it will get better in the near future.

It will probably take a generation for the politics to change. The current leaders are pretty much set in power and carry a lot of baggage with them dating back 20-30 yrs. All those personal rivalries prevent a lot of things from being done. The continued delay in finishing off the government is a perfect example.

Review Iraqi Women, Untold Stories from 1948 to the Present