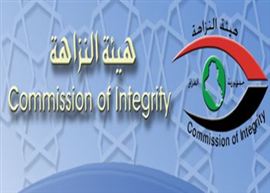 In September 2011, Judge Rahim al-Ogaili, the head of Iraq’s major anti-corruption agency the Integrity Commission, resigned. He quoted political interference for the reason why he was stepping down. Iraq has consistently been rated one of the five most corrupt countries in the world in recent years, and the situation has not improved one bit. That’s because all of the country’s political parties are making money off of it, so they have no reason to end it. In fact, Iraq’s leaders actively interfere with investigations into corruption. These are the reasons why the Integrity Commission no longer has a leader.

The main cause of Judge Ogaili's resignation on September 9, 2011 was political interference in his work. Back in February, the Integrity Commission head said that the cabinet was working to cover up corruption, that the country’s major parties were stealing money, and that some of that was going to militants. Launching such a broadside undoubtedly angered many of Iraq’s leaders. Before he stepped down he went on to say that all of Iraq’s lists wanted protection when one of their members was caught in a corruption case, and that stealing money from the state was part of the power struggle between the leading parties. Additionally, a parliamentarian claimed that Prime Minister Nouri al-Maliki was pushing the Commission to open investigations into Ahmed Chalabi and other prominent politicians to use in the premier’s battles with his rivals. Ogaili complained that he wasn’t able to stop all of this outside interference, and that made him feel like he had no real authority. That’s why he left his job, because he could never really tackle corruption without any commitment from the country’s leaders to end it.

Maliki accepted Ogaili’s resignation, and was not sad to see him go. The premier had criticized the work of the Integrity Commission before saying that it had not stopped corruption. Iraq’s Aswat al-Iraq also claimed that Maliki was thinking about replacing Ogaili with someone from the premier’s own Dawa Party. The prime minister has often said he was committed to fighting graft and bribery in Iraq, but then done absolutely nothing about it. Criticizing the work of the Commission was all rhetoric as well. Maliki, like other political leaders, was really concerned about image over substance. With Ogaili gone, it’s very likely that he will be replaced by someone from Maliki's Dawa-State of Law list that will be under the premier's control, meaning that he will never have to worry about any embarrassing investigations of his own party members.

Iraq was tremendously corrupt under Saddam Hussein, and that situation has not changed since his overthrow. When the United States ran Iraq under the Coalition Provisional Authority it created the Integrity Commission and inspector generals in each of Iraq’s ministries. America has also spent millions in training sessions and conferences on fighting official theft. That has not worked, because there has never been any political will by the country’s elite to deal with this problem. As long as every party that wins a seat in the elections gets its own ministry as part of its pay off to participate in the government this will continue because they then fill the bureaucracy with their cronies and relatives, and steal millions. Some low level officials get caught because they’re not important, but no person of significance has ever been punished. It’s believed that $4-$8 billion went missing from the Trade Ministry in the last Maliki administration for instance, but nothing happened to the minister or his deputies who were charged with the crime. The public knows about these cases and others, and they see the government’s inaction about them. That can only undermine their belief in the political system. The elections in Iraq since it got back its sovereignty in 2005 have done nothing to alleviate this issue. Each one has just brought in a new group of people to steal what they can. As long as that continues Iraq will always have a deeply flawed, and limited democracy.