Few issues have shown the faults of the Iraqi government as its inability to meet the country’s power needs. Nine years after the fall of Saddam Hussein and there are still daily power outages, especially in the summer time when temperatures soar, and demand skyrockets. In recent months, Baghdad has said that its major building projects of new power plants and installation of generators will end the nation’s electricity imports, and eventually end the blackouts. There’s even been talk that the government will be able to export power. Analysis of Iraq’s situation points to the country achieving none of these goals any time soon. 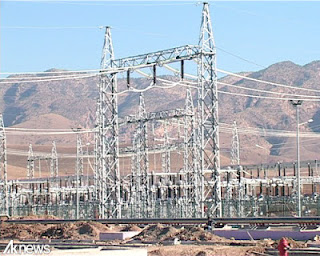 Iraq’s power output has consistently increased since 2003, but it has always fallen behind what is needed. In the first quarter of 2012 for example, the country reached a new post-invasion high of 7,918 megawatts. That was a 24% increase from the previous quarter. The aggregate numbers are deceiving however, as Kurdistan accounted for 60% of that growth, but is not connected to the national grid. The Kurdistan Regional Government (KRG) has successfully carried out a series of privately owned power plant construction projects, which provide around 20 hours of coverage. Another 22% of the increase was from imports, mostly from Iran. Iraq has three generator ships it contracts from a Turkish company that produce 270 megawatts per day, and a series of power lines from Iran that service eastern Iraq with another 912 megawatts, a 29% increase from the last quarter of 2011. In April 2012, the Electricity Ministry announced that it signed a new deal with the United Arab Emirates to bring in two additional power ships that will add another 250 megawatts, and it has a contract with Egypt to import 150-200 megawatts starting this summer. Output from the state-run power plants went up as well by 18% in the first quarter of this year. Despite the amount of electricity going up for the last nine years the problem has been that it has never come close to meeting demand. During the summer, it’s estimated that the country needs around 15,000 megawatts. That means that there are constant power outages and blackouts as the grid is overwhelmed. On June 22, the national grid went completely out for 24 hours. The authorities claimed that it ran out of fuel, but sources said that the real reason was a jump in usage blew out the entire system. These consistent shortages were also the cause of two separate protest movements in 2010 and 2011, showing that members of the public had grown tired of the situation.
The government is aware that this is a pressing issue, but its plans have consistently failed. That has not stopped the grand announcements though. Deputy Premier Hussein Shahristani who is in charge of the country’s energy policy claimed that Iraq’s power output would reach 9,000 megawatts by July 2012, 14,000 by the end of the year, and then jump to 20,000 megawatts by the finale of 2013, effectively putting an end to its problems. That will be due to a planned twenty major projects coming on line in the coming months. The Electricity Ministry has also said that it would stop all power imports by the summer of 2013, and Shahristani has talked about exporting power next year as well. As part of these plans, officials announce a new power plant opening or a new contract being signed to build one nearly every month. At the end of June for instance, a new 200 megawatt plant opened in Maysan, which was built by South Korea’s STX company for $220 million. Despite the positive spin the government has tried to put on things, there have actually been far more negative reports coming from the Electricity Ministry. It has complained about power plants in Anbar, Baghdad, Salahaddin, Babil, and Karbala all being behind schedule. More importantly, while it has talked about eventually ending power imports, it has only increased them in the last several months. An independent assessment predicted that Iraq would only reach 18,000 megawatts by 2015, meaning that it would not reach its goals or timetable. There were also continued reports of government ineptitude like when four generators were found at the Khor Zubayr port in Basra three of which had been there since 2005, and the fourth since 1988. There is also widespread unhappiness with the Electricity Minister Abdul Karim Aftan, with talk of his own Iraqi National Movement perhaps asking him to resign, and stories that Deputy Premier Shahristani and other top officials have been involved in corrupt contracts in the power sector. Given all these problems it’s no wonder that few believe that the Electricity Ministry will be able to solve the power problems that Iraq faces. In fact, the government’s plans have consistently been in disarray, and its continued promises that a solution is just around the corner has cost it its credibility with the public.
Iraq has been suffering power shortages since the 1991 Gulf War when most of its infrastructure was bombed, and then much of it was haphazardly put back together under international sanctions. Since 2003, the national grid has slowly expanded, but it has taken a long time. Because of the public discontent with the slow rate of progress, the government has responded with a series of lofty promises, none of which have come to fruition. This has hurt the government’s standing, and led to electricity being one of the biggest issues in the country. Unfortunately for Iraq, this situation doesn’t appear to be changing any time soon, which will lead to more discontent, and show the limitations of the state’s planning and centralized system.
SOURCES
Agence France Presse, “Iraq aims to double power provision in a year,” 5/5/12
AIN, “IS demands Electricity Minister to resign,” 5/9/12
Aswat al-Iraq, “24-hour electricity supply promised in Kurdistan,” 5/30/11
- “Four forgotten electricity stations found in port,” 5/22/12
Azzaman, “National grid grinds to a halt in Iraq,” 6/22/12
Brosk, Raman, “Parliament chairman objects to reading electricity report calling for dismissal of deputy PM Shahristani,” AK News, 4/21/12
Dunia Frontier Consultants, “2011 Year in Review, Foreign Commercial Activity In Iraq,” March 2012
Reuters, “Iraq enters dealt o buy power from UAE,” 4/15/12
Sabri, Abdulla, “New 200MW power plant launched in Misan,” AK News, 6/26/12
Saleh, Khayoun, “Iraq’s power output to reach 20,000 megawatts in 2013,” Azzaman, 6/18/12
Special Inspector General for Iraq Reconstruction, “Quarterly Report and Semiannual Report to the United States Congress,” 7/30/11
- “Quarterly Report to the United States Congress,” 4/30/12
Wanan, Jaafar, “Iraq to import 250MWs from UAE,” AK News, 5/11/12
- July 05, 2012