Internally Displaced Iraqis In Baghdad And Refugees Returning From Syria

According to the latest United Nations High Commissioner for Refugees (UNHCR) report, Iraq has over 1.2 million internally displaced refugees registered with the government. Over 300,000 of those people live in the capital province of Baghdad, which was at the heart of the fighting for control of the country. Many of them live in squalid squatter camps. At the same time, thousands of Iraqi refugees are returning at present, in part driven by the unrest in neighboring countries. Below are pictures of a squatter camps in Baghdad, and refugees coming back on a bus from Syria, taken in February and March 2012. 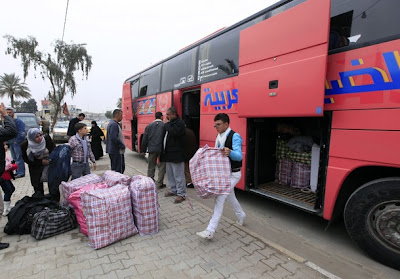