Sadr City is one of the capital’s longstanding Shiite communities. Located in northeastern Baghdad, it was originally called Al Thawra, Revolution, and then Saddam City until the fall of the dictator in 2003. Then it was changed to Sadr City after Ayatollah Mohammed Sadiq al-Sadr, Moqtada al-Sadr’s father. It is one of the poorest districts of Baghdad. After 2003 it became a base for Sadr and his Mahdi Army, and the scene of fierce fighting in 2008 between Iraqi and U.S. forces and militiamen. Today, every Friday men can be seen inside and outside mosques doing their prayers as most do in the rest of Iraq. 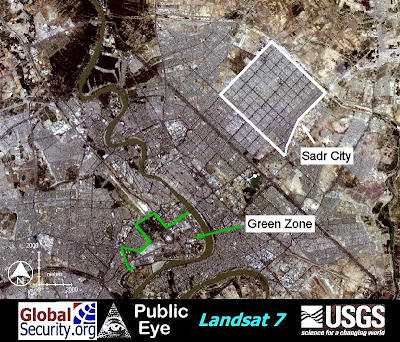 Email ThisBlogThis!Share to TwitterShare to FacebookShare to Pinterest
Labels: Baghdad, Life in Iraq