Although there have been some spikes due to Islamic State offensives or government campaigns the number of dead and wounded have been going down since the peak during the summer of 2014. 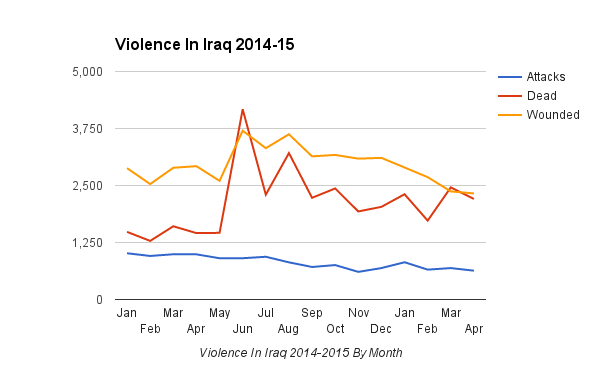 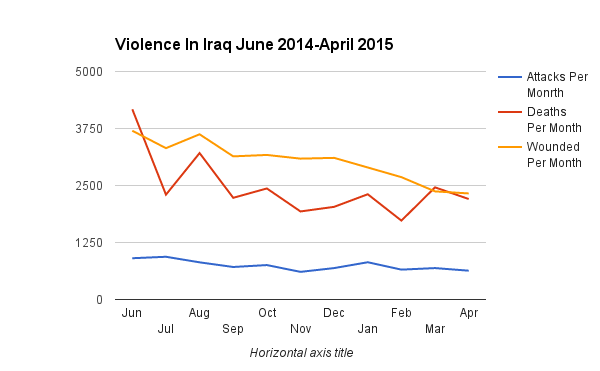 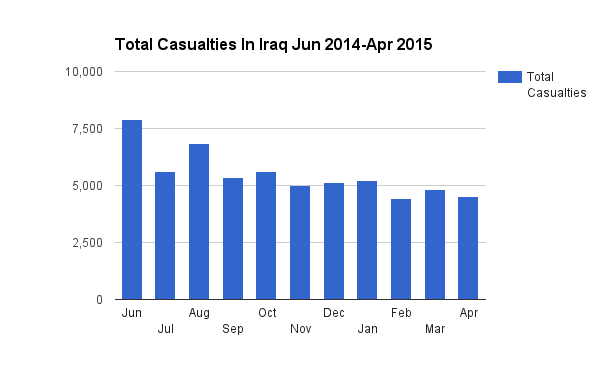 The number of dead and wounded have recently been almost even with even more deaths in March 2014 then injured. That points to the press not adequately covering the entire country, but more importantly the government not reporting casualties. Wounded are usually two to four times higher than deaths. 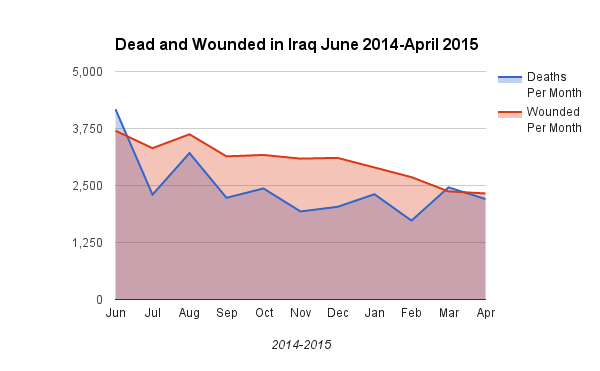 The average number of attacks per day has actually been going down since the start of 2014. That shows that despite occasional offensives and counter attacks IS’s capabilities are actually declining. 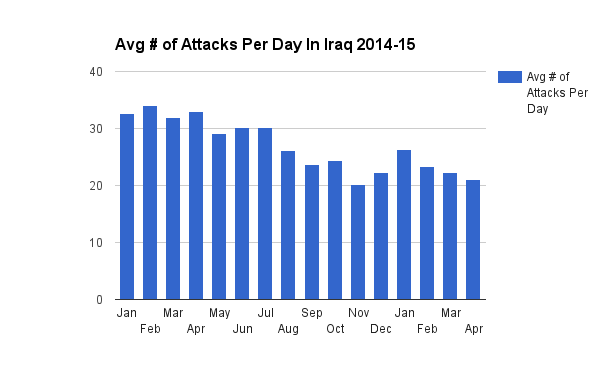 Review Iraqi Women, Untold Stories from 1948 to the Present