Were Iraqi Police Involved In Recent Raids Against Christians In Baghdad?

While there are reports that the Iraqi police are improving in professionalism, capabilities, and cutting down on the corruption and connections to militias, there are still plenty of others that point out the remaining problems. On January 15, 2011 for example, the New York Times reported on raids against Christians that involved the Iraqi police. 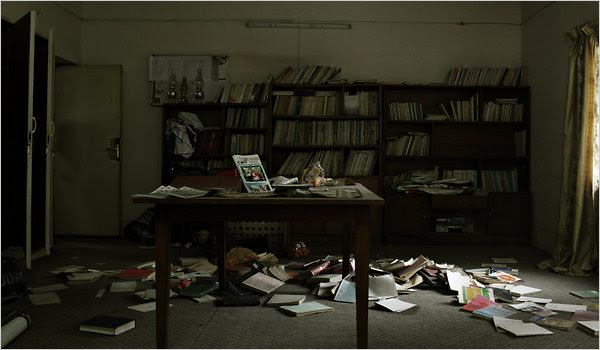 The offices of the Christian Ashurbanipal Cultural Association in Baghdad after the January raid (New York Times)
In mid-January, the Christian Ashurbanpial Cultural Association in Baghdad was vandalized, had its equipment stolen, and members beat by eight men carrying guns and pipes. During the attack they were told Iraq was an Islamic country. The Assyrian Christian group claimed they were singled out because they ran a club that served alcohol. The government has recently been shutting down nightclubs and liquor stores, which are mostly run by Christians, on moral grounds. The association claimed that just before the raid, three police vehicles blocked off the street. Local authorities were accusing each other about the event. A police major claimed that the men responsible for the attack were working for the provincial council, while the head of the Baghdad council said that they were police officers in civilian clothes. The Times also interviewed two alcohol shops who said that their establishments were raided as well with police complicity.

If these stories prove to be true, it would come as no surprise. Early on when the Iraqi police were being put together, many political parties, insurgents, and gangs were able to place their followers within its ranks. The Supreme Islamic Iraqi Council for example, got one of their militia commanders Bayan Jabr to be Prime Minister Ibrahim al-Jaafari’s Interior Minister. He went on to place Badr Brigade members throughout the police and ministry. The police have always been the most open to political influence as well because they are locally recruited. Therefore Iraqi police working as part of an Islamist party or just corrupt officers looking to take advantage of the government crackdown on alcohol for their own personal gain are plausible scenarios for these recent raids against Christians.