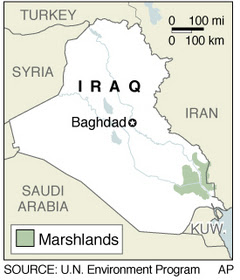 This Day In Iraqi History - Mar 6