Many of Iraq’s provinces have long standing issues with the central government. Those include the distribution of funds, security operations, and the lack of services. All of those came to the fore in the winter of 2011 when several provinces announced that they were interested in becoming autonomous regions, a right given in the 2005 constitution. Diyala in northeastern Iraq was one such governorate. In November, its’ provincial council formally voted for federalism, which was immediately contested by many groups within the council, province, and in Baghdad. Those protests grew so intense, that some local politicians backed away from their support for the idea, which now makes it very unlikely that Diyala will become its own region.
On November 12, 2011, a majority of Diyala’s provincial council decided to initiate a move towards making the governorate a region. 15 of 29 members voted for the measure, made up of politicians from the Iraqi National Movement (INM) and the Kurdish Alliance. There were no reports on how many councilmen were present during the occasion. The Iraqi constitution states that a province can become a region two ways, either 1/3 of the provincial council votes for holding a referendum on the issue or 1/10 of registered voters in the governorate ask for one. A general election than has to be held, and a majority has to approve. Members of the Iraqi National Movement (INM) first mentioned the idea in early November. They complained about random arrests, the lack of services, and the central government’s concentration of power, and were inspired by Salahaddin’s attempt to become a region. They were able to bring the Kurdish Alliance into the equation by agreeing to back its demand to implement Article 140 of the constitution, which sets out the steps for how disputed territories can be annexed by Kurdistan. Diyala has several such areas, like the Khanaqin district along the Iranian border. Despite later denials, the head of the National Movement in the province confirmed this arrangement. The complaints about the central government are common amongst almost all of Iraq’s governorates. That was why after Salahaddin announced that it wanted to become a region, both Sunni and Shiite politicians came out for the idea as well across Iraq. These problems with Baghdad were so strong, that the Sunnis on Diyala’s council were willing to compromise on the disputed territories with the Kurds, something that the former had never done before. This showed that the move towards regionalism was not a sectarian issue, but rather more about the disparities between the center and periphery of the country.
Diyala’s Provincial Council
Governor Abdul Nasir al-Muntasirbillah – Iraqi National Movement
Deputy Governor Furat Mohammed – Diyala Coalition/Supreme Islamic Iraqi Council
Head of provincial council Taleb Mohammed Hassan – Kurdish Alliance
Iraqi National Movement 18 seats
Kurdish Alliance 6 seats
State of Law 2 seats
Diyala Coalition/Supreme Islamic Iraqi Council 2 seats
National Reform Party 1 seat
The move to make Diyala a region was not a unanimous decision. Members of Prime Minister Nouri al-Maliki’s State of Law on the council were against it, saying that it was unconstitutional. The Supreme Islamic Iraqi Council’s Diyala Coalition was also in the opposition. Back in Baghdad, the Sadrists came out against the move as well, claiming that the attempt was illegal, and that Diyala could not become a region because it included disputed territories. Even Deputy Premier Saleh al-Mutlaq of the National Movement said that the province was moving too fast on the matter. Opponents of the decision also took to the streets. The day that the council voted for federalism, hundreds of people took to the streets in Baquba, Muqtadiya, Khalis, Baladrooz, and Khanaqin. In the provincial capital of Baquba, a sit in demonstration began outside the provincial council building that lasted for several days. The local councils in all of the other districts said that they rejected the idea of Diyala becoming a region. Officials in Khalis even threatened to break away from the province and join Baghdad. The Office of Tribes in Diyala held a meeting of 150 clan leaders from both Sunni and Shiite tribes, which came out against regionalism. On December 15, tempers boiled over as protesters stormed the council building, and took it over for a few hours. Roadblocks were also reportedly set up across the province, while the council head had his house set on fire, and one of his bodyguards was shot and killed. While some in the press have portrayed the decision to create a region a Sunni move, and the opponents Shiite, the truth of the matter was much more complicated. While Shiites appeared to be the majority of the protesters, Sunni and Shiite politicians and tribes were also against the idea.
Anti-regionalism protests in Baquba, the provincial capital 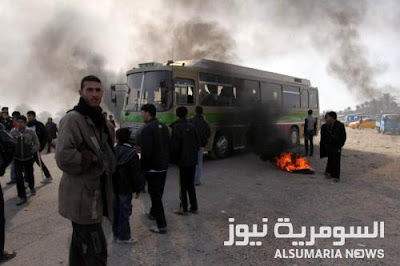 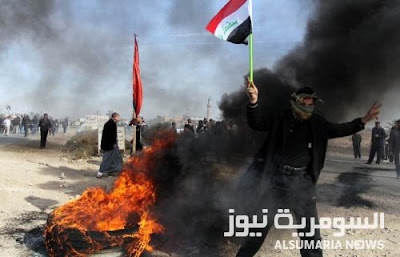 Great job. Obviously, it was like describing each hay stick in the stack, but that is a true representation of complexity and diversity of people and positions inherent in Diyala.

The underlying issue is accurate----and ongoing struggle to define the relationship between the center and the provinces, and in turn, down to districts and below.

Creating a new government from top to bottom, and the roles, power, power sharing, and responsibilities between each, is just plain hard work, including in the US which proves, by incessant battles between federal and state governments, that the job is never final.

The elements of the story of greatest interest---that aggressive protests are not always death matches, yet that the peshmerga and KRG continue to actually control certain areas that are not genuinely disputable (paper disputes)--- evidences only that Iraqis continue struggling to resolve a great deal of essential loose ends.

Best wishes to them.

Yes, much of the reporting about Diyala has been in terms of Sunnis vs Shiites, but the issue is much more complicated. What really needs to be addressed is the relationship between Baghdad and the provinces, which has been an issue for decades.