At the beginning of March 2013, Iraq’s parliament finally passed the annual budget. Voting on it had been delayed for months, mainly because of disputes between the Kurdistan Regional Government (KRG) and the central government over the former’s oil policy. The argument was not resolved by the time the vote took place, which led to complaints by the Kurdish Coalition. In terms of the actual budget, it is the largest in Iraqi history. It also has the biggest outlay for investment, but many of the country’s ministries have proven incapable of spending all their money. The budget is usually one of the few pieces of legislation that all parties can agree upon, because they all use it to enrich themselves and maintain their patronage networks. This year’s budget proved just as divisive as all the other major laws, showing the increasing dysfunction in Baghdad. 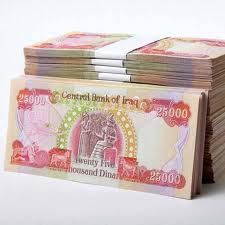 On March 7, 2013, Iraq’s parliament voted on the annual budget. 168 out of 325 legislators were present, providing the quorum necessary to pass it. Half of the Iraqi National Movement (INM) did not attend, while the Kurdish Coalition boycotted. The budget had been before parliament for months, having been approved by the cabinet back in October 2012. The cause of the delay was the argument over Kurdistan’s oil policy. The KRG demanded $3.5 billion in compensation for the costs of the oil companies operating in the region over the last few years. Baghdad claimed that the Kurds were not turning over all their profits to the central government, were smuggling oil, were not forthcoming with all of their records, and not meeting their export quotas. There were several high level-meetings between the two sides in Irbil, and Baghdad in February, but there were no breakthroughs, because the Kurds said that the budget would only penalize them if they didn’t perform with no consequences for central government if it did not meet its obligations. In the end, only $650 million was included for the energy businesses in Kurdistan, which was the reason why the Kurdish Coalition did not vote on the budget. Afterward, members of the Kurdish list objected to its passage, the Kurdish Natural Resource Ministry stated that it would not meet its 250,000 barrel a day export quota, and there was even talk of withdrawing from the government, but that did not happen. The budget showed the increasing dissension between the regional and central governments, and the major lists. The INM has been split since almost the day after the 2010 elections, because too many parties involved with different agendas. That accounts for why half of the National Movement did not show up for the vote. Baghdad and Irbil have been at odds over energy policy for years now. The KRG demands the right to sign oil contracts independently, which the Oil Ministry calls illegal. The Kurds have also been smuggling oil to Turkey and Iran since the 1990s, and now have an agreement with Ankara to truck in small amounts of refined products, which has angered the central government even more. To strike back, Prime Minister Nouri al-Maliki has only occasionally paid the energy companies working in Kurdistan, which has led to constant breakdowns in export deals between the two sides. For years, the KRG has promised the oil businesses there that a national hydrocarbons law would be passed, their contracts would be recognized by Baghdad, and they would be able to export, and get paid. The budget is just the latest episode in this argument, with the Kurds having lost this round.

The $118.6 billion budget is the largest ever. It is 18% more than the previous one. 93% of the money comes from oil. 38% of the total, $45.5 billion is for investment. That is the highest percentage ever. The remainder goes towards the operational budget, most of which is for salaries and pensions for the public sector, one of the largest relative to the population in the world. Energy, 21%, security, 14%, and services, 13%, get the largest amounts. It has a predicted $15.5 billion deficit, which the government is prepared to cover with unspent funds, and loans from international institutions. Baghdad and the provinces have never been able to spend all of their money however, which means that there will likely be a surplus like the previous years. In 2011 for example, less than 50% of the funds set aside for investment in services, security, and culture were spent, while energy and industry were the only two fields that executed more than 90% of theirs. This year’s budget repeats three re-occurring problems. One is that the huge operational budgets don’t contribute to the development of the economy. It actually impedes it by maintaining the large state sector. Second, the record capital budget for investment likely means that even less will be spent, because it will overwhelm many of the ministries who lack the capabilities to manage their funds. Third, critical fields such as education, health, and water are not getting the money they deserve to meet the country’s needs.

In the past, the budget has been a unifying document in Iraq. This year it signified the deep divisions occurring in the country. The argument over oil between Baghdad and Irbil played out with Prime Minister Maliki once again taking a swipe at the Kurds by not meeting Kurdish demand for greater compensation for oil companies operating there. The huge increase in spending will also be a mixed bag. Baghdad has proven very capable of paying its public workers, but that stymies developing the country by taking away money that should be spent on diversifying the economy away from oil. A large part of the funds that are set aside for investment are also probably not going to be spent, because the bureaucracy does badly managing, and executing projects. The 2013 budget was supposed to mark a step towards meeting the country’s national development plan that calls for a moving away from dependence upon petroleum, reducing poverty, and rebuilding the nation’s infrastructure. It now looks like it will be more of the same however, as it highlights the political disputes and lack of capacity within the government.

National Iraqi News Agency, “Vote on some items of the budget, in the absence of Kurdish component, “incorrect procedure.” 3/7/13

This Day In Iraqi History - Jul 25