As a sign of the changed environment in Iraq, citizens throughout the country are celebrating Valentine’s Day on February 14, 2012. Stores across the capital Baghdad are full of red colored gifts to mark the occasion. That same thing is happening in other parts of the country such as Samarra in Salahaddin province and Karbala. The Technology Institute in southeastern Baghdad will hold a freshmen reception ceremony that day, because it believes it will make it easier for incoming students to connect with each other. Leading papers such as Al-Mada, Al-Aalem, and Al-Sabah are running articles about the history of the event, and interviews with young people on how they plan on celebrating. News reports on Iraq in the West are usually dominated by stories about violence or its oil. It’s nice to see that some Iraqis are going about their lives, and have the time to enjoy themselves despite the many problems the country is facing.
Baghdad preparing for February 14, 2012
Pictures of shops in Samarra, Salaheddin preparing for Valentine's Day 2012 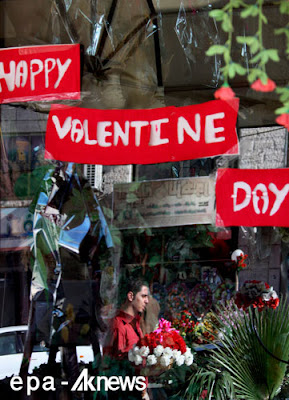 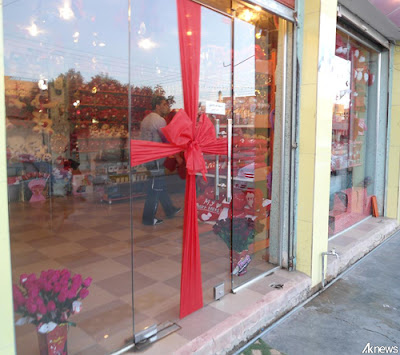 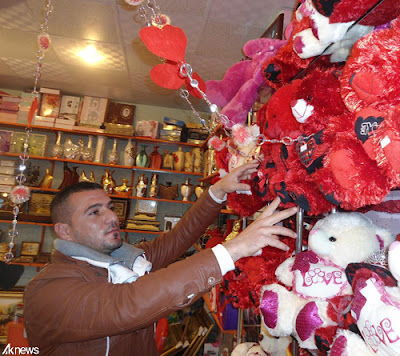 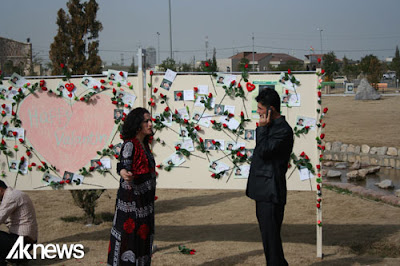 Yeah, I believe the last one says "love" in Arabic.