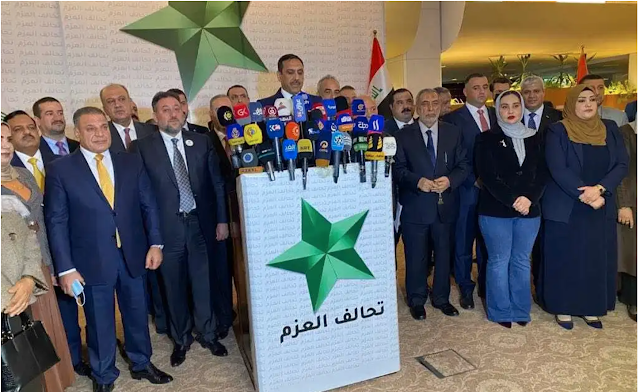 The Azm Alliance split and helped block the vote on a new president (Teller Report)
On March 26 Iraq's parliament failed to elect a new president. That was due to a boycott organized by the Coordination Framework that includes the major Shiites parties besides Moqtada al-Sadr's. One of the reasons the boycott worked was that part of the Azm Alliance that is aligned with Sadr defected and joined the framework. The faction is led by Muthanna al-Samarraie and includes 12 parliamentarians.

The Supreme Court ruled that two-thirds of MPs need to be present to elect the president. Sadr’s alliance was able to get 202 lawmakers to show up, 18 short of the necessary number.

Al Mada reported that Sadr is trying to win over Samarraie’s faction and other independent MPs for Wednesday’s session to make another try at the presidency. If the breakaway Azm group were to rejoin Sadr’s alliance he would only need 6 independents to have a quorum. If he’s successful there’s little the Framework can do to stop him forming a majority government other than to delay the process as much as it can. If he fails however Sadr will have to compromise with his rivals.