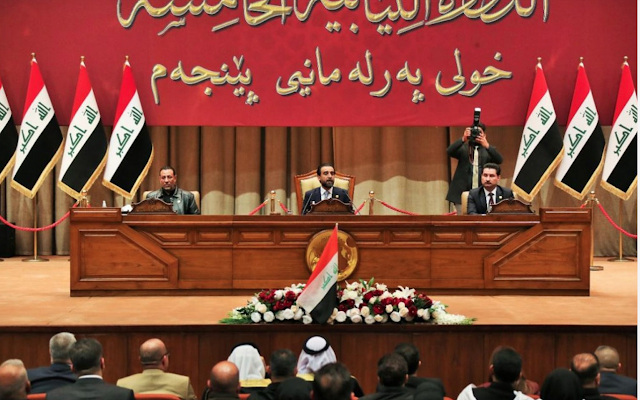 (Sotaliraq)
Iraq’s parliament failed a third time to elect a new president. Moqtada al-Sadr and his allies did even worse this session than Saturday’s. Only 180 parliamentarians attended Wednesday versus 202 on Saturday. The boycott by the Coordination Framework that is made up of the major Shiite parties besides Sadr’s grew with the Alliance for the People not showing up. It appeared on Saturday after giving its demands to Sadr but then said none of them were met.  They were joined by the Patriotic Union of Kurdistan, a breakaway faction of the Azm Alliance, Ishraqat Kanoon and other independent MPs.

Sadr was defiant afterwards. He said he would not compromise with his rivals and any deal would mean the end of Iraq. This was likely the storm before the calm. Now that Sadr has failed to get the president he wanted there is no other choice but to restart talks with the Framework. That also means his dream of a majority government is likely dead. He failed to break up the Framework and must now give it concessions to create another national unity regime.

If Sadr had succeeded it would have likely led to political chaos in Iraq. The Framework already resorted to violence attacking Sadr’s allies and sued over every step in the government formation process. That would have continued and the parliament would have been deadlocked even more than it already is. That’s because losing government offices threatens the ruling parties. They rely upon looting the state and manipulating the administration to maintain their followers, power and wealth. None of them are willing to give those up and hence the country finds itself in the current political deadlock.