After national demonstrations broke out in the beginning of the year in Iraq, the movement has seen a decided decline. At first there were weekly protests in every region of the country from Sulaymaniya in northern Kurdistan to Basra in the south. Prime Minister Nouri al-Maliki than started a concerted campaign to break them up, and that now seems to be working.

Friday has become the day of protest in Iraq and June 24, 2011 was no different. There were three reported demonstrations that day. In Baghdad as happened in the last three weeks, pro and anti-government groups converged on Tahrir Square in the center of the capital. Hundreds showed up calling for the firing of any officials that did not perform well during Prime Minister Maliki’s 100-day review period, for technocrats to rebuild the country, an end to sectarianism and partisanship, reconciliation, better services, and the release of prisoners held without charges. Several hundred tribesmen and Dawa Party supporters also appeared in the square calling for the death penalty to be carried out against a group of insurgents convicted for a 2006 wedding massacre. After they made their statements, they withdrew from the square. A reporter for Alsumaria News said that he saw some scuffles between the two groups. Similar protests against the militants have been held for the last three weeks, and are being organized by the prime minister to counter the groups critical of the government.

In southern Iraq, there was an event in Nasiriyah, the provincial capital of Dhi Qar. The February Youth Gathering, one of the main protest organizations, brought out around 50 people who held a sit-in at the central part of the city calling for better services, respect for the constitution, and rights for women and children. Organizers said that they were planning for a larger turnout the following week. Nasiriyah saw demonstration on June 10 and 17 as well.

Iraq’s Arab Spring started in January 2011. Since then, the number of people attending and events held has dramatically decreased. Organizers were hoping that the end of Maliki’s 100-day deadline at the beginning of June, which resulted in no real improvements, would re-invigorate the movement, but that has not happened. Only a few hundred have turned out each Friday in a very limited number of cities. That was probably due to the prime minister’s concerted campaign to break up the protesters. He has been able to coo and cajole the public with the usual blunt instrument of the security forces, but he has also promised reforms, and created his own weekly marches to steal the headlines from his opponents. Activists can hope that the approaching hot summer and power shortages will give them renewed life, but at this point it’s clear that the government has the upper hand. 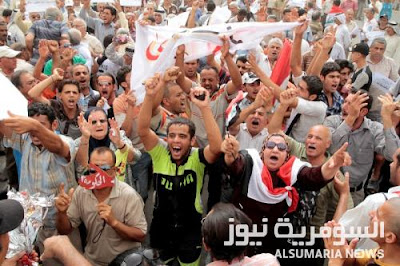 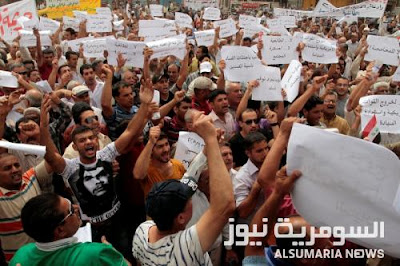 Alsumaria News, “The End Of Protests In Tahrir Square in Baghdad,” 6/24/11
- “Two protests in Tahrir Square to demand services and to accelerate the execution of those convicted of Dujail incident,” 6/24/11