Protests on Friday in Iraq’s Tahrir Square, Baghdad have become a weekly event. June 3, 2011 was no different. Iraqis gathered to express themselves over a variety of issues, one of the most important of which was the arrest of four organizers the previous Friday. Their detentions could be a harbinger of the future as demonstrators plan a new wave of events next week as the government’s deadline to improve its performance comes to an end, and the authorities seek to deter them.

On June 3, 500 Iraqis gathered in central Baghdad. The security forces were out in strength as well. That led to two small scuffles over equipment and a man attempting to film the event on his phone. As has been the norm, people expressed a wide variety of concerns. Condemnations of arbitrary arrests without warrants, torture, the lack of services, and high unemployment could all be heard. Others demanded that the government be dissolved and early elections be held, that U.S. forces withdraw before the December 31 deadline, that industries and the economy be improved, and that Iraq stand up to Kuwait over its Mubarak port and Iran and Turkey over water. One of the biggest issues however was the release of four organizers who were arrested during the previous Friday’s demonstration.

On May 27, plain clothes-officers approached four activists and tried to apprehend them. When they resisted, soldiers arrived and took them away at gunpoint in an ambulance. When their families and lawyers inquired about them the authorities at first denied any knowledge of them, then said a military intelligence unit held them, before reverting back to the claim that they had no record of them. On May 31, the state-run Iraqiya television finally ran a statement from the Baghdad Operations Command stating that the four were detained for having fake IDs not for protesting. The military then acknowledged that they were being held in the Muthanna Prison, Baghdad, and said that they would be released either June 4 of 5.

According to Human Rights Watch, the government had been targeting the protesters. Members of the security forces were asking about them in the two weeks before their arrests, and one of them was chased by unknown assailants on his way home 10 days before. The authorities knew about the four because they had been arrested in previous demonstrations.

After their arrest there was another raid against activists. On May 28, four humvees and two four-wheel drive vehicles pulled up outside the offices of the Where Are My Rights organization in Baghdad. At the time they were meeting with the February 25 Group to discuss how to gain the release of the four taken away on May 27. Soldiers from the 11th Army Division broke in, arrested eleven people, including the secretary-general of Where Are My Rights, and took phones, computers, and files. They were taken to the division’s headquarters where they were interrogated and beaten. Again, the government denied holding them, before releasing all of them in two separate batches.

All of these actions were likely meant to deter people from demonstrating when Prime Minister Nouri al-Maliki’s 100-day deadline for the government to improve its performance comes to an end the second week of June. That’s exactly what activists are planning on doing. One youth group told Radio Free Iraq that it didn’t believe anything would come from Maliki’s promises, and were going to hit the streets in the coming days. (1) A group of protest movements also held a meeting in Istanbul on June 4 to plan actions for the end of the 100 days. They said they were gathering in Turkey because of the wave of arrests by the security forces against their compatriots back in Iraq. They went on to state that they would hold protests on the Friday after the deadline ended, which was to be called the “Friday of Decision and Leaving.”

Protests in Iraq have died down as of late. When they first started in January, they quickly spread to every region of the country. Maliki responded with a carrot and stick approach consisting of pledges of reform mixed in with repressive measures and ample use of the security forces. That has led to the decline of demonstrations to the weekly ones in Tahrir Square, and a few more in cities scattered here and there. Organizers are now hoping that they can reignite the movement when the premier has to answer to the public about whether the ministries have improved any over the last 100 days. Whether that will happen or not is yet to be seen. Maliki has successfully repressed protests before, as he did in 2010. The underlying problems are still there however, so until the government becomes responsive to the public and develops the economy, there will always be a feeling of discontent throughout the country.


Images from the June 3, 2011 protests
People holding posters of the four organizers arrested May 27, 2011 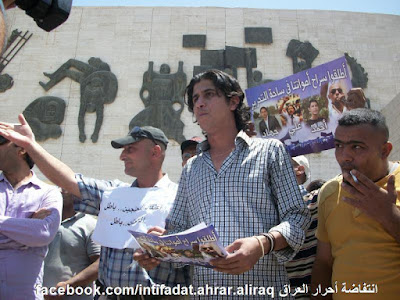 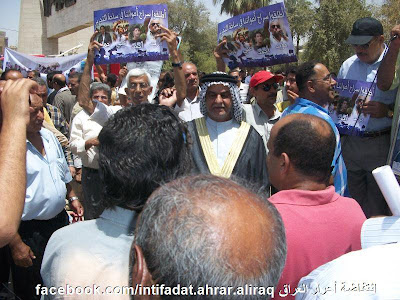 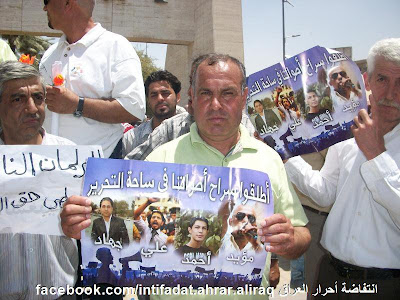 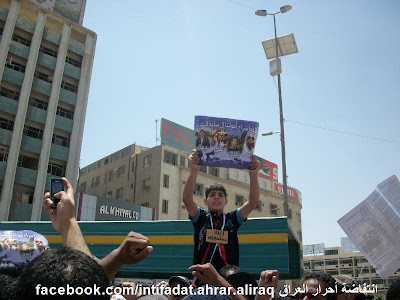 Families holding pictures of relatives arrested by the government 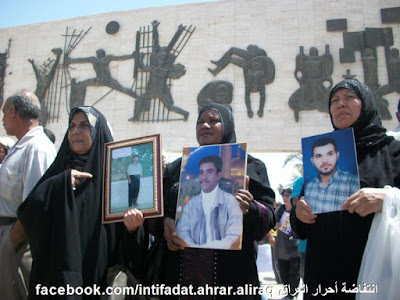 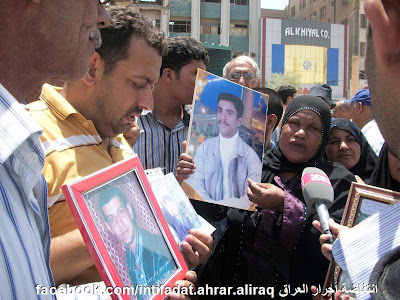 Chants, speeches, and the security forces 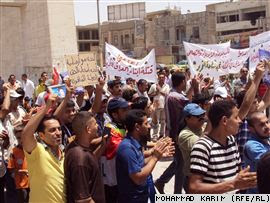 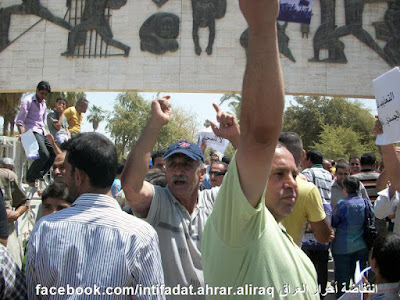 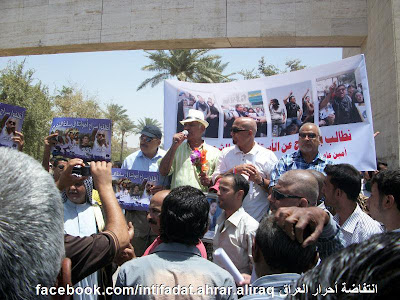 Nina News, “Tahrir Square, demonstrators demanding the government not to renew the occupiers to remain on the ground in Iraq,” 6/3/11

Al Rayy, “Baghdad operations: young people who were arrested on Friday, will be released today or tomorrow,” 6/4/11