The Mosul campaign is back in action, which meant there was more heavy fighting. The Iraqi forces (ISF) attacked the Rafaq and Baladiyat neighborhoods in the northeast section of the city. The Islamic State on the other hand was counter attacking throughout Mosul and in four towns to the west and north. Inside the city it attacked the Hadbaa, Sumer, Zaytoun, Salam, and Police Academy with 6 car bombs and 5 suicide bombers. Noor was hit with mortars, and it blew up two of its police headquarters and the Salam Hospital in Wahda in the southeast. Three civilians were also killed by IS snipers. The new plan calls for the ISF to push in from the northeast, east, and southeast by the Golden, 9th and 16th Divisions along with some other army brigades, and the Federal Police and Ninewa police providing artillery and holding areas cleared. 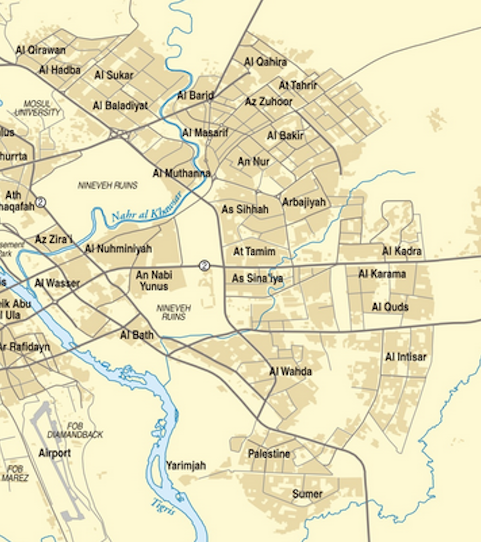 There was more news on the displacement going on. The United Nations had 114,042 people registered with the government and aid groups. Roughly one thousand people are leaving their homes a day. The U.N. figures did not include people being displaced within Mosul because they do not sign up for assistance. On December 28 for example, IS was reported to be forcing residents out of four neighborhoods in northern Mosul. These citizens are staying within the city sheltering with others. That could easily add a few hundred more to the total.

2,727 Executed by the Islamic State

AIN, "Federal artillery destroyed three vehicles including a bob on the left coast of Mosul," 12/28/16

Shafaaq News, “Daesh forcing hundreds of civilians to evacuate their homes and displacement outdoors in four neighborhoods in Mosul,” 12/28/16