Islamic State Pulls Back While Iraq Protests Going On


Violence in Iraq was cut nearly in half in October due to the ongoing protests. The Islamic State has reduced its operations before when demonstrations broke out in the country.


The effects of the protests were shown in the up and down pattern of attacks during October. During the first week there were only 3 incidents as people first came out into the streets. There was then a pause and attacks went up to 14 the second week, 19 the third, and 21 the fourth. At the end of the month people went back out into the streets. 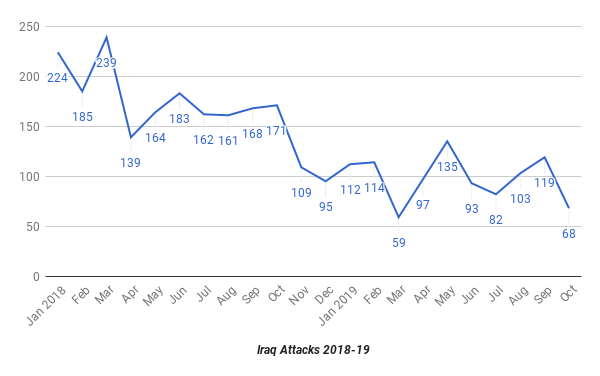 There were a total of 70 incidents in October. One consisted of five bodies being pulled from the rubble of west Mosul. Two more appeared to be pro-Iran Hashd sending a message to the United States by firing mortars at Camp Taji in north Baghdad and the Green Zone in the center of the city. This was likely a warning to Washington to stay out of the protests. That left 68 incidents due to the Islamic State. 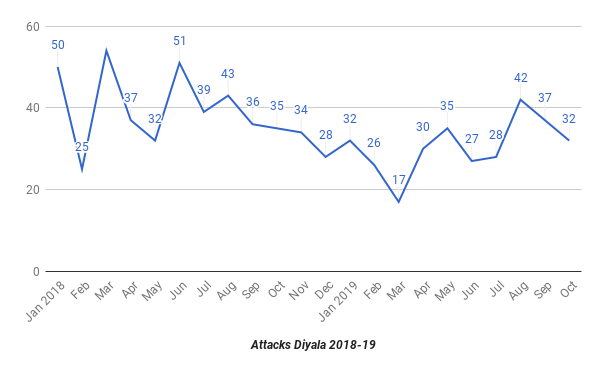 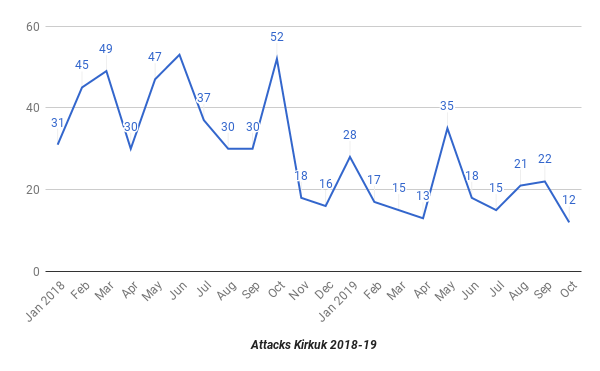 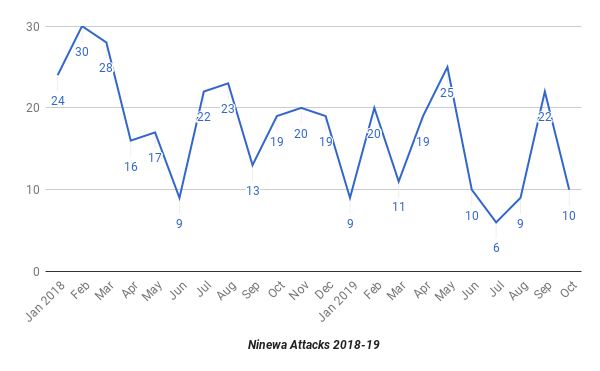 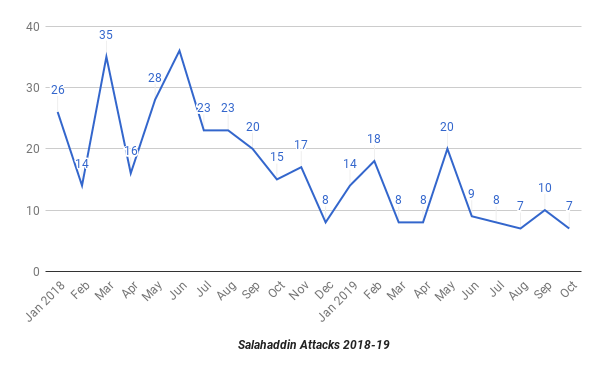 As usual central Iraq saw the most violence. Diyala led the country again with 32 incidents, which was just about the same as the previous month. That included an ambush of the security forces (ISF) on October 10, a government worker kidnapped on October 18, 3 villages were assaulted, and 8 attacks upon checkpoints. Nearly half the incidents were in the Jalawla-Khanaqin districts in the northeast, which is the insurgents’ favorite target in the province because there is a large gap between the Peshmerga and federal forces there. There were 12 incidents in Kirkuk. A mukhtar was assassinated on October 11, and five farmers were beheaded on October 19. Ninewa and Salahaddin are no longer top priorities of the militants with only 10 and 7 incidents there respectively. There were two major attacks in Salahaddin however. On October 21 the Alas oil fields were attacked. Then on October 22 another ambush was set up which led to the death of the 5th Federal Police Division commander and another police general in Metibija. Diyala is the center of IS activity. There the group has driven people out of a number of rural villages. That has given space for it to set up training camps and bases. To a lesser extent the same thing is happening in southern Kirkuk. Ninewa and Salahaddin used to be just as violent but attacks have gone way down in both. Those might be where IS is looking to keep a low profile and rebuild its cadres. 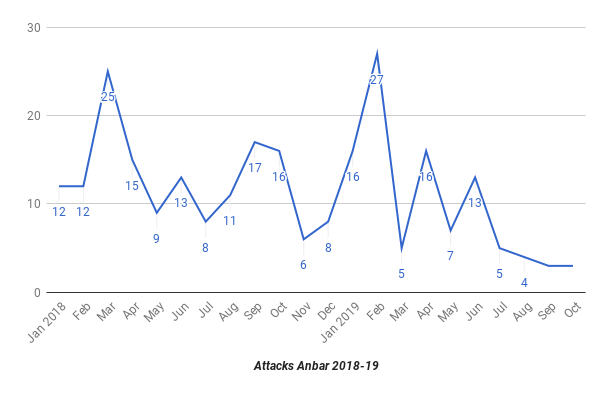 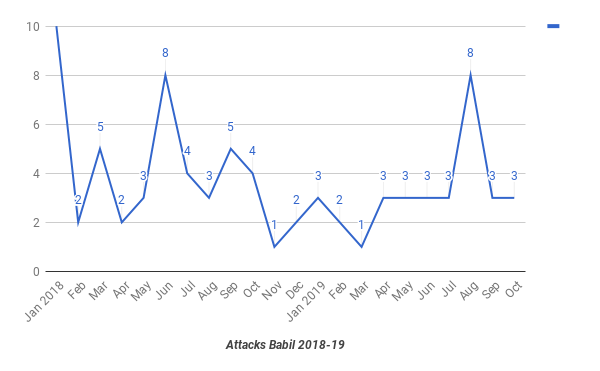 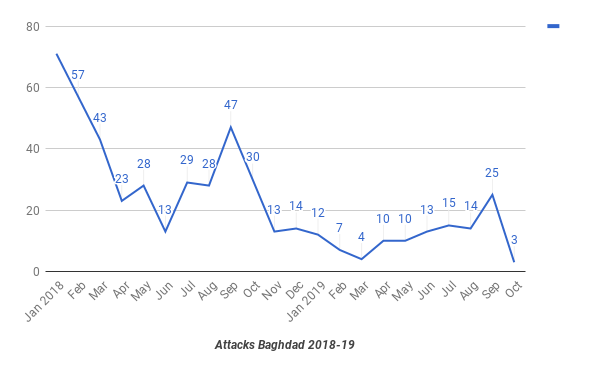 Anbar, Babil and Baghdad were on the backburner during the month. There were three incidents in Anbar, but that included a car bomb in the Rutba district, and another being discovered and destroyed in Hit. In Babil there was one incident, which was an IED in the Jurf al-Sakhr district. Finally, there were just three IS incidents in Baghdad, one of which was an attack upon a checkpoint in Tarmiya in the outer north of the province. The Rutba vehicle bomb was the only such incident during the month. In earlier rebuilding efforts of IS it was able to sustain a huge number of such attacks. The group doesn’t appear to have any shortage of explosives as shown by the number of caches uncovered by the security forces. The group’s networks look like they are heavily damaged and it doesn't have the means to deliver more than a trickle of car bombs as a result. Babil only has occasional attacks, but they are almost always in Jurf al-Sakhr which is a Hashd base. Finally, IS was creeping back into Baghdad and had a relatively large surge in September. With the protests however, the Islamic State has held back.

Al Forat, "Killing and wounding five members of the security forces in a terrorist attack in Alas," 10/21/19
- "Unidentified remains found in Nineveh," 10/16/19
- "URGENT The commander of the fourth division of the Federal Police was killed by sniper fire north of Samarra," 10/22/19

Kurdistan 24, "Casualties on both sides in ISIS, Iraqi militia clashes in disputed Diyala," 10/28/19

Al Mayadeen, "#Iraq: correspondent in the field: Martyrdom of three members of the Iraqi security forces in thwarting the attack of ISIS on the Alas oil fields," 10/21/19