Review After The Caliphate 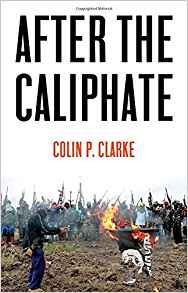 After The Caliphate is part history of the jihadist movement, part prediction of the future of the ideology, and part recommendations for how the west should deal with it. Because jihadism is an ideolog its influence is a far greater threat than just defeating a group like the Islamic State in Iraq and Syria, and likely to survive for the foreseeable future.


The first part of the book deals with the larger jihadist movement, and begins with the Afghan War against the Soviet occupation. That conflict gave rise to Al Qaeda, which was the pre-eminent Islamist group for a period, but was always part of a larger movement. Some of the core goals of those groups were attacking the west, creating a caliphate, expanding its membership, and jihad. Al Qaeda (AQ) acted like a vanguard movement providing leadership and expertise to other groups. It was able to gain foreign fighters from Asia and Europe, and expanded to include a number of affiliates throughout the Middle East and into other parts of Asia and Africa. One of those was Al Qaeda in Iraq (AQI) led by Abu Musab al-Zarqawi. He was never under Al Qaeda’s command, but rather entered into a relationship of convenience, that was always fraught with differences. AQI eventually split from Al Qaeda and became the Islamic State. It took the jihad to a new level seizing territory and declaring a caliphate. Like AQ it drew a huge number of foreigners and gained satellite groups around the world. Colin Clarke draws upon this history to show that the core ideas have largely remained the same from AQ formed in the 1990s to IS that come about a decade later. Also that the general trends, affiliates and drawing in people from around the world, have continued throughout the years. One of the main differences was that AQ was like a small elitist group, while IS was populist and accepted almost anyone that believed. That showed the right group, with the right leadership and strategy can greatly expand the threat from Islamism.

The next section deals with possible future moves by the jihadist movement. That largely focuses upon the associated groups that IS has in places like Indonesia, Afghanistan, Algeria, Libya, Egypt, Somalia, the Philippines and West Africa. Clarke then goes through possible areas IS could move into such as Myanmar, Kashmir, and the Central Asian Republics. Each one of these groups and places has both opportunities and difficulties such as weak governments, persecution of Muslims, or competition with Al Qaeda. It shows that despite IS’s defeat, and the relative quietness of Al Qaeda, the reach of jihadism remains international, and it still has plenty of opportunity to make a comeback, even in Iraq and Syria.

The last part of the book are suggestions for the West. It has to deal with returning foreign fighters and their possible prosecution, the continued draw of jihadist ideology, etc. Many countries don’t want to deal with these problems such as taking people to court because it is hard to find usable evidence and witnesses. Many nations have also started deradicalization programs, but they have largely failed. Clarke thought that community involvement seemed to work better. The U.S. specifically also should continue working with other governments providing not just security, but development aid to help them counter IS and other Islamist groups. That might be the hardest part, especially with the Trump administration that is slashing foreign aid, and has just withdrawn from Syria. It also brought up the difficulties the West is having dealing with its Muslim communities.

Overall, After The Caliphate is a good introduction to the current threat of jihadism. It gives a brief overview of Islamist ideology and strategy, where it might expand, and what the West needs to do to counter it. One of the book’s drawbacks is because it tries to deal with the larger jihadist movement, it doesn’t have much on Iraq and Syria where IS at least, has the greatest chance of making a comeback. Otherwise, it’s a good primer book for those interested in the threat Al Qaeda, the Islamic State, and others pose.