On December 29 the United States hit three Kataib Hezbollah bases in western Anbar in the Qaim district in retaliation for a rocket attack upon a base in Kirkuk that killed a U.S. contractor along with two Iraqi policemen. Kataib Hezbollah has been in Qaim since 2017 when it was liberated from the Islamic State. Afterward the group banned families from returning claiming they were creating a security zone along the border with Syria. It wasn’t only interested in fighting the Islamic State however it moved its men back and forth into Syria to support Iran and the Assad regime. It also set up its own informal border crossing into Syria, which it ran for a profit taxing the vehicles passing through, as well as smuggling goods between the two countries. When the Qaim border point officially re-opened in September 2019 it operated that as well opening up another opportunity to make money. This was not the first time Kataib Hezbollah had suffered an air strike and casualties in that district either as it was hit likely by the Israelis in August 2019 killing two and wounding another. 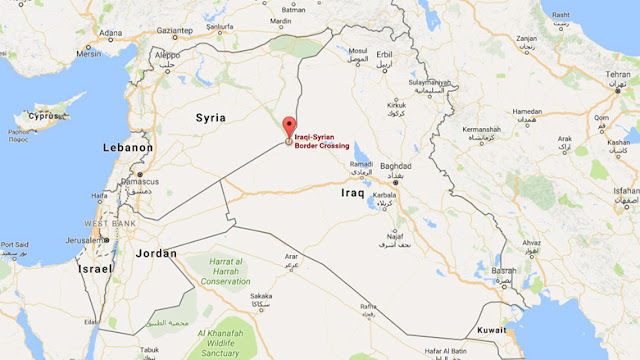 Kataib Hezbollah is a perfect example of what many Hashd groups have done since the war with the Islamic State ended. They have used their position to claim territory, furthered the goals of its allies in Tehran, and sought to garner revenues by exploiting its authority. The camps that the U.S. struck in Qaim weren’t just there to secure the border from the Islamic State. They played a role in Iran’s geopolitical foreign policy in the Middle East as well as represented the illegal business model Hashd units have created to enrich themselves.