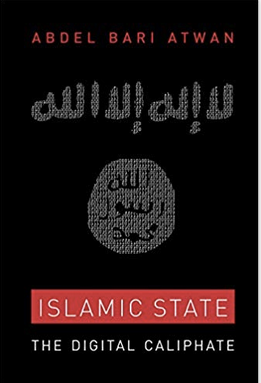 Islamic State The Digital Caliphate is a short introduction to the Islamic State. It covers its history, its leadership, its form of governance, its recruiting, its relationship with Al Qaeda and foreign affiliates, etc. It’s problems are twofold. First, author Abdel Bari Atwan constantly goes off on tangents. Second, he has a meandering style going back and forth between topics, which makes for a poor narrative. While there are some interesting parts to Islamic State The Digital Caliphate it has too many distractions.


The thesis of the book is that the Islamic State would have never grown as much as it did without the Internet. This explains the title The Digital Caliphate. The problem with this is shown immediately. Atwan starts by describing how IS used the Internet to appeal to thousands of people across the world, and drew them to its caliphate in Iraq and Syria, etc. IS was not the first group to use the Internet, but it exploited it like none had done before. This helped attract a young audience that had grown up with technology. This focus upon the Internet began with Abu Musab al-Zarqawi who recorded his attacks and turned them into slick videos, and posted them on YouTube. Later on it would expand into other platforms both open and private. On Twitter for example, it hijacked hashtags to push out its output to millions. The group was thus able to promote itself and find a following around the world via its deft media campaign. The problem is that this is only a very small portion of the book. The rest of it goes off on a number of topics, some not even related to the Islamic State.

The major issue is that Atwan can’t stay on topic. For example, he talks about how Abu Musab al-Zarqawi traveled to Iraq in 2002 to exploit the U.S. invasion and created Tawhid wal Jihad. Then he goes into the wrongs of Prime Minister Nouri al-Maliki who took office in 2006 and how he alienated Sunnis so much they were open to the insurgency, followed by how bad the U.S. occupation was that started in 2003, then returns to Zarqawi and how he aligned with Al Qaeda in 2004. The author constantly goes back and forth and repeats the same points. He also constantly goes off on tangents, many of which are not related to the Islamic State. There’s one chapter on the Syrian civil war for example, that includes a history of Syria. What Syria’s pan-Arabism in the 1950s and 60s and wanting to unite with Egypt has to do with the Islamic State is never explained. He includes a whole chapter on his own pan-Arab ideas claiming that the West backed religious parties, which undermined the unity of the Arab world, and would eventually lead to the Islamic State. He starts this section with the British and the Ottomans, and eventually gets to the U.S. support for Islamists that fought the Soviet occupation of Afghanistan, which at least has some relevance. It’s apparent that he needed an editor to provide a clearer narrative. He also couldn’t stop himself from adding his own interests like Middle East history and Arab nationalism. This all distracts from his thesis that the Islamic State was a unique group that exploited the Internet.

Overall, Islamic State The Digital Caliphate fails to stick to its argument. Atwan was too easily distracted by a number of themes and went here and there and everywhere with his writing often veering far away from the Islamic State. That doesn't mean there aren’t some good sections to the book. He covers IS rule for instance well. It’s just that those parts get lost in all the other topics that the author throws in.