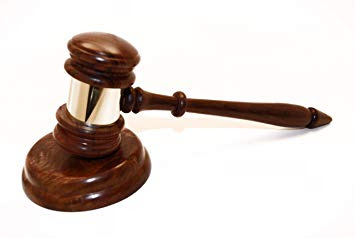 In the United Nations’ Human Rights Commission’s latest report it found that Iraq’s judicial system is not working. It observed almost 800 cases across nine provinces, most of which had to do with terrorism charges, and found a lack of due process. There was a shortage of competent lawyers, torture and abuse were commonly used to obtain confessions, there was a broad application of the anti-terror laws, and liberal handing out of death sentences. These are the same problems that human rights groups have been noting about Iraq for years.

The Human Rights Commission did not see fair trial standards being met across Iraq. It watched 794 cases in Anbar, Baghdad, Basra, Dhi Qar, Dohuk, Irbil, Kirkuk, Ninewa, and Wasit starting in May 2018. 619 of those cases involved the anti-terror law. They found a laundry list of problems. Many defendants didn’t get adequate legal representation. 55% of cases had no lawyer at all. The people that did have a counselor often had court appointed ones that made no real arguments and only asked for leniency from the court. Many times the lawyer present during the investigation was not the same one at the trial hampering any chance at creating a solid defense. Private lawyers often had little to no access to their clients or the evidence to create a case. At the trial there was an overreliance upon confessions, which were usually obtained illegally. In 436 of the 619 terrorism cases, 70% of defendants had confessed. 366 of those people, 59% withdrew their confessions at trial. That’s because they claimed they had been abused and tortured. That should have led to a questioning of the charges, and yet judges did nothing. Another issue was that the anti-terror law is so broad that people are routinely charged with mere membership or association with the Islamic State. That opens up a huge number of people to accusations and prosecution. Last, many people convicted under the terrorism law get the death penalty. Given the major flaws with the process that is an unjust sentence to give.

Unfortunately there is nothing new nor surprising about the United Nations’ findings. The U.N. and human rights organizations have been saying the same thing about the faults with the Iraqi justice system for years. Human Rights Watch for instance in September 2019 and March 2018 noted that judges ignored torture allegations. In March 2019, Amnesty International went over the anti-terrorism law and found a lack of due process, and abuses of the law. Many of these problems date back to the Baathist era. The continued use of torture is the most glaring example. The system is also set up that if one is arrested they are considered guilty and trials are simply for sentencing. Like so many issues in Iraq there is no real political pressure to fix any of them, so they will continue into the foreseeable future.

Amnesty International, “Iraq: The Road To Justice – A Long Way To Go,” March 2019

United Nations Assistance Mission for Iraq, Office of the United Nations High Commissioner for Human Rights, “Human Rights in the Administration of Justice in Iraq: Trials under the anti-terrorism laws and implications for justice, accountability and social cohesion in the aftermath of ISIL,” January 2020