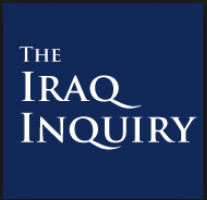 
At the end of the summer of 2002 the Blair government was receiving more reports that the United States was marching towards war with Iraq. On July 23 for instance, Prime Minister Blair was told by the Defense Ministry that the U.S. military was deep into its invasion planning, but that there was hardly anything on the postwar period. On August 12, Defense said that Bush had authorized his armed forces to prepare for action against Iraq. Three days later, the deputy head of the British embassy in Washington wrote that the White House was talking about when war would start, not if it would happen. Early on Downing Street had been informed that the Americans were intent upon war to remove Saddam Hussein. Blair’s response was that he would stand with Washington, and that would give him influence over strategy. One of his main goals was to convince Bush to go to the United Nations which would give not only a legal basis for war, but help convince British public opinion and the world the necessity for such action.