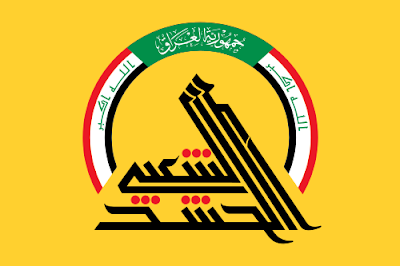 In March 2020 four pro-Najaf brigades announced that they were leaving the Hashd Commission to protest their mistreatment by the Iran aligned groups that controlled it. In April however, retired Prime Minister Adil Abdul Mahdi told the media that he had not accepted their move.

On March 18 four Hashd units aligned with Najaf asked to leave the Hashd Commission and join the Defense Ministry. That consisted of the Al Abbas Combat Division, the Imam Ali Brigade, the Ansar al-Marjaiya Brigade, and the Ali Akbar Brigade. They were objecting to the appointment of Kataib Hezbollah leader Abdul Aziz al-Muhammadawi aka Abu Fadak in February to be the new head of the Commission to replace Abu Muhandis who was killed by the United States. Abu Fadak was chosen by a committee made up entirely of Hashd with ties to Iran. The Najaf Hashd only learned about the decision in the media. They have also complained that that they have not been paid fairly nor had all their fighters registered as fighters. Ayatollah Ali al-Sistani had also encouraged them to obtain major positions in the commission, but they were denied that as well. After being ignored for so long they finally decided to become independent of the rest of the Hashd.

There was a twist however in April. First, the four Hashd brigades sent a letter to the formal leader of the Hashd Commission Falah Fayad saying they would be under the Commander in Chief. They then issued a statement saying their actions had the blessing of the religious establishment in Najaf. Ansar al-Marjaiya called on other brigades to follow their example and leave the Commission. Resigned Prime Minister Adil Abdul Mahdi complicated the matter when his Office of the Commander and Chief said that he had not agreed to the decision by the Najaf groups. He went on to say that he wanted to keep all the Hashd united. That leaves the future of these four brigades up in the air. Will they still be paid? Will the Hashd Commission retaliate against them? More importantly will more brigades follow their lead and leave the Commission or be deterred by their treatment? If the former it could lead to a credibility crisis for the Commission. The pro-Iran units have been able to defer some criticism of their abuses by claiming the Commission represents a diversity of different groups. If its base becomes narrower the brigades linked to Tehran may not be able to use that tactic anymore. It’s title to be the Hashd Commission will also be in question if it doesn’t represent all of the brigades.

Al Mirbad, “The Commander in Chief: We did not consult the statement issued by the factions affiliated with the holy shrines yesterday,” 4/24/20

Rudaw, “Brigades withdraw from the popular crowd to protest the appointment of Abu Fadak and the policy of the axis of resistance,” 3/18/20

Rudolf, Inna, “The Future of the Popular Mobilization Forces after the Assassination of Abu Mahdi al-Muhandis,” Iraq in Transition: Competing Actors and Complicated Politics, April 2020