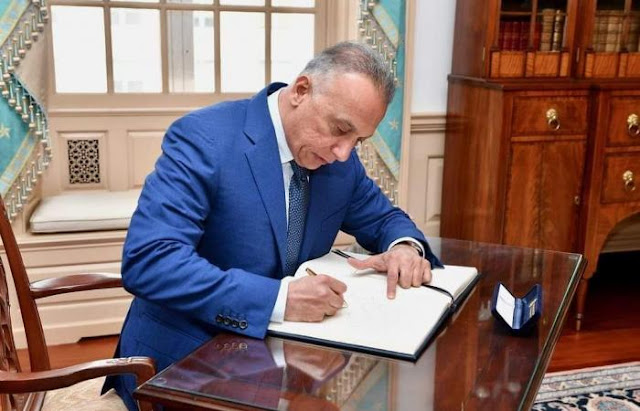 (Hawar News Agency)
The main reason Mustafa al-Kazemi’s government was formed was to conduct elections. The prime minister just announced that would happen June 6, 2021. There are several actions parliament must now take to make that a reality.


The first thing that needs to be tackled is amending the election law. The main sticking point is voting districts. Some want to keep the previous system and have each province be a single district. Others want to create smaller ones based upon population. Those supporting the latter proposal argue that having more districts will make parliamentarians more responsive to the people they are supposed to represent. That will be a difficult task as the party bosses run things. They don’t feel any responsibility to the people. Since they own the state resources, especially the oil wealth, and provide people jobs and services they believe that the public should answer to them. This is a mindset that has existed since the founding of Iraq. Changing the election law will not affect this.

The second issue is the Election Commission needs a budget to set up and administer the voting. This will cost several million dinars. Appropriating those funds is not as easy as before because the country is facing the worst economic crisis since 2003. It doesn’t have the money to pay its basic bills right now. That doesn’t mean the money can’t be found but it will have to be taken away from some other pressing matter like public salaries, services or investment.

Last the Supreme Court has vacancies that need to be filled. This also requires action by the lawmakers. If there are any disputes over the vote, and there always are, the courts resolve those issues.

The major impediment to accomplishing all three of these issues is opposition from the ruling parties. There have been several reports that they don’t want elections anytime soon. That’s because they believe that PM Kazemi is weak and therefore they have the upper hand. Holding elections could change that balance of power. They also fear that an angry public after two very intense years of protests over corruption and the lack of services will vote them out and pick new politicians. The premier announcing a vote in June next year puts pressure on them to start discussing matters. The problem is Iraqi politics move at a glacier pace. That might even go slower given the desires and worries of the elite.

AIN, “The Election Commission is calling for some amendments to the election bill,” 7/31/20

Al Mada, ‘Al-Kazemi embarrasses the political blocs by fixing the date of the early elections: a public welcome and rejection behind the scenes,” 8/1/20

- “The legislature has pledged to the government to complete the election law and send it to the presidency soon,” 8/2/20

- “Powerful political blocs prevent the completion of the election law and refuse to dissolve the House of Representatives,” 7/16/20

NINA, “Harb: All Political Blocs Do Not Want To Hold Early Elections, Fearing Turn Into A Minority,” 7/25/20