Review The Shi’ite Movement in Iraq 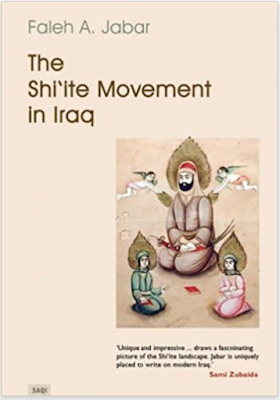 Faleh Jabar was one of the top Iraqi scholars on his home country. He was inspired to write The Shi’ite Movement in Iraq because of the dearth of research on Shiite activism outside of Iran. His main influence was Hanna Batatu’s intense research that led to his The Old Social Classes and the Revolutionary Movements of Iraq. The Shi’ite Movement in Iraq laid out the background that led to the emergence of Shiite reform and revolutionary groups, their leadership, their philosophy, and how they changed over time from the 1950s to the 1990s. Jabar’s thesis was that these parties were beset by divisions, mistakes, and defeats.

Jabar goes over the political and economic changes in Iraq in the 1950s that fueled activism. There were three main issues. First was the land reform carried out by General Qassim that led to the demise of major sheikh landlords. These were major financial backers of the Shiite religious establishment. Qasim introduced a family law that gave more rights to women which was considered against Islamic tradition by the clergy. Last, the Communist Party was growing in popularity amongst the Shiite masses and reducing the numbers of pilgrims and followers of the top clerics. Communism is included in other histories to explain the emergence of Shiite groups. Jabar adds that the religious establishment was also worried about the direction of the Qasim government with its reforms which cut into followers and funding. That along with Communism were posing an existential threat to future of the clergy. To them it seemed like secularism was the new religion of Iraq.

The Shi’ite Movement in Iraq covered several different groups, but the main one was Dawa, which was the first Shiite religious party. Dawa started out as a defender of Islam against the secularism of General Qasim and the Communist Party. It tried to be a bridge between the clerical establishment in Najaf where almost all its members came from and the religious masses. It failed however as the top clergy believed that parties were western and authority should only reside with them. It also tried to reach out to Karbala but failed because of the rivalries between it and Najaf. In 1963 the military led by Colonel Arif came to power and was seen as discriminating against Shiites and its nationalization policies cut into Shiite businesses. That led Dawa to call Arif sectarian and was the first time it started playing upon identity politics. The party was caught off guard by Baathist rule in 1968. Dawa was accused of taking part in a coup plot in 1970 that led to the first of many crackdowns that eventually shattered its network. During the Iranian Revolution and the Iran-Iraq War most of the party’s cadres fled the country and backed Tehran hoping that it would help it into power. It believed that Iraqi nationalism would break with Saddam but it didn’t. Then when the Gulf War happened it thought Iraqis would rally around the flag as it did during the 1980s but instead the 1991 uprising happened. By the end of the 90s Dawa members were scattered across the Middle East and Europe, had largely given up its ideology and become pragmatists because it had been beaten down so badly. Jabr wrote this history highlighting the failures of the entire Shiite movement in Iraq. First, it couldn’t count on the clergy. Most of them were conservative and opposed to activism and even the idea of forming a political party because they saw them as threats to their standing. Second, activists were split over ideology, cities, and families. Dawa for instance was almost exclusively from Najaf. Then by the 1970s when it went into exile it was cut off from Iraqis and twice miscalculated how the Iraqi public would react to war. It also constantly splintered. These were all reasons why Jabar believed Dawa failed to achieve any of its goals along with other groups such as the Supreme Council for the Islamic Revolution Iraq or the Islamic Action Organization.

The books main theme is why and how Iraq’s Shiites began organizing along at first Islamic and then sectarian grounds due to the changing governments in Baghdad. Jabar was right, few wrote about this topic and his was by far the most in depth. It’s doubly important because it explains the development of the Dawa Party and the Supreme Counci, both of which became ruling parties in Iraq after 2003. By that time they had no real ideology other than claiming to represent the Shiites in the country. The Shi’ite Movement in Iraq explains how they got to that point due to their constant defeats.