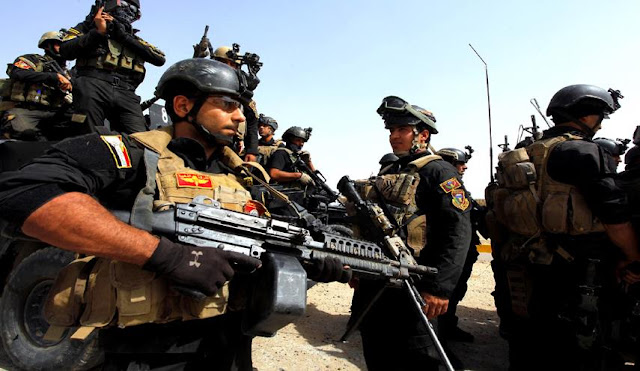 Violence and casualties remained extremely low in Iraq during the first week of December 2018. While the insurgency has always ebbed and flowed the poor weather and heavy flooding continued, which probably put a major damper on the ability of the militants to carry out their operations.

There were just 34 incidents reported in Iraq during the week. That was up from 28 the last full week of November, but still below the 40-50 incidents the country was seeing in previous months. Once again, Baghdad had the most incidents with 12 after only 5 from November 22-28.

There were 26 reported deaths during the week vs 67 the last full week of November. 1 was a body discovered in Baiji from the time when the Islamic State controlled the area, and 13 were Kurdistan Workers Party (PKK) members killed by Turkey. Another 11 people were wounded. In total, 2 Hashd al-Shaabi, 11 civilians and 13 PKK were killed along with 5 civilians and 6 Hashd that were injured. Kurdistan was the only area in double figures.

As usual, there were very few incidents in Anbar. However, IS is changing the nature of attacks there. A car bomb was discovered and dismantled in Fallujah, while a mukhtar and his son were killed in Hit. If the vehicle bomb had gone off it would have been the second time the city was bombed and the fifth time a major urban area had been targeted in the last two months.

There were few incidents in the three central provinces where IS is rebuilding. All together there were just 10 incidents between Diyala, Kirkuk and Salahaddin. In Diyala, the town of Saraya was hit by mortar fire, some militants were caught trying to infiltrate in between the Khanaqin and Sadiya districts in the northeast, and an IED was discovered around an electricity tower in Qara Tappa. In Kirkuk, a village was attacked and there was mortar fire on a town, both in the south. Finally, in Salahaddin a checkpoint was shot at and a suicide bomber was killed while moving through Alam near Tikrit in the center of the governorate. These are all the areas where IS is rebuilding in and asserting its control.

Similar types of incidents are now occurring in Ninewa. During the week for instance, a mukhtar was kidnapped and assassinated.

Baghdad Post, "A civilian was injured when a mortar shell landed near a municipal district north of Baquba," 12/4/18
- "Dismantled an explosive device was placed in front of the main tower of electricity northeast Diyala," 12/7/18
- "One member of the popular crowd was killed and two others were wounded in an armed attack south of Balad," 12/1/18