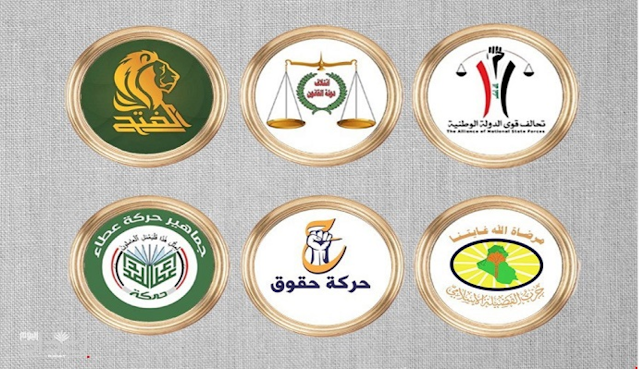 The Coordination Framework made up of the major Shiite parties outside of the Sadrists is increasingly worried that it might be shut out of government. Moqtada al-Sadr wants a majority regime so he can exclude his longtime rivals within the Framework former Prime Minister Nouri al-Maliki and Qais Khazali the head of Asaib Ahl Al-Haq. As a result, the Framework is taking two approaches to negotiations. One is to challenge every step in forming the government in court. The second is using violence against its foes.

First, the Framework has filed a new lawsuit claiming the first session of parliament which saw the re-election of Mohammed Halbusi as speaker was illegal. The Framework’s ally Mahmoud al-Mashadani was supposed to chair the session as the oldest parliamentarian but fainted and was taken away. Some claim he did this on purpose to undermine the proceeding. The second oldest MP then took over and Halbusi kept the speakership. Maliki’s State of Law petitioned the court saying Mashadani’s absence made the vote for Halbusi illegal. The Federal Court suspended the work of the speaker until there is a decision. The Framework already tried and failed to have the election results dismissed over a false charge of voter fraud. This is all just a way to drag things out and give the Framework more time to try to work out a deal for another national unity government that would include it.

Second, the Framework is resorting to violence to threaten the parties aligned against it. This started with statements from State of Law and Kataib Hezbollah on January 11 that there could be bloodshed if the Shiite parties were split and that the country would go through hard times and all could lose. Shortly afterward there was a series of attacks upon parties and politicians aligned with Sadr. That started with the Kurdistan Democratic Party’s (KDP) office in Baghdad being bombed on January 13. The next day grenades were thrown at Speaker Halbusi’s Taqadum and his ally the Azm Alliance’s capital headquarters and a KDP official survived an assassination attempt. Then on January 16 an MP from Taqadum had a grenade thrown at his building in Baghdad and two Kurdish banks the Cihan Bank and the Kurdistan Bank were hit the next day. The point of these attacks is to warn parties there will be a cost if they go along with Sadr and exclude members of the Coordination Framework. That could mean chaos in the capital if Sadr’s majority government actually comes to fruition.

This is part of the Iraqi political system. Almost all the major parties has an armed wing which it has used against each other and opponents plenty of times in the past. It is also a sign of desperation by the Framework that they are already playing this card. They are really afraid they could no longer be part of the government and lose all the money, power and patronage that goes along with it.