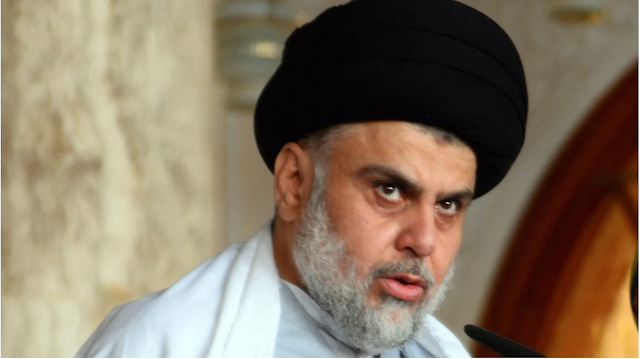 2021 marked the end of Iraq’s protest movement. In January a Nasiriya activist was arrested as part of a government crackdown which restarted demonstrations in the city. The crowds would demand the Dhi Qar governor step down. He responded by calling out the police which used force leading to twelve people being killed. The violence would eventually lead the governor to resign in February and the protests to end afterward. In May an activist was assassinated in Karbala leading to demonstrations there. This would start the call to boycott the 2021 elections. This split the movement and ended the protests.

Pro-Iran Hashd factions launched a new campaign against American targets in 2021. There were more than double the incidents seen in 2020.

Attacks started at 12 in January and peaked twice at 26 in April and 28 in August before dropping as the groups linked to Tehran prepared for the October elections. Afterward their operations picked up once again ending with 21 in December. There were a total of 204 attacks by these groups in 2021 up from 111 in 2020.

Turkey was singled out for its military bases in northern Iraq which is considered another occupation by the Resistance as these groups are called. In April rockets killed one Turkish soldier at a base in Dohuk for instance.

These groups also had a series of confrontations with Prime Minister Mustafa Kazemi. In March Rab Allah held a parade in Baghdad with armed men against the prime minister threatening to cut off his ear. In May Asaib Ahl Al-Haq attacked the Falcon Intelligence Cell’s office in Basra after it tried to arrest some of its members for killing an activist.

The PM failed to stand up to this challenge. When the commander of the Tufuf Brigade who was also the head of the Hashd’s Anbar operations was arrested for involvement in the killing of a Karbala protest leader and a rocket attack on Ain Al-Asad base Hashd units mobilized in Baghdad and the charges were dropped. Kazemi had similar setbacks in 2020.

After the October elections in which the pro-Tehran Hashd did very badly they attempted to storm the Green Zone leading to an Asaib Ahl Al-Haq commander being killed by the police. That led to threats against Kazemi and the security forces.

In December a motorcycle bomb went off in Basra that killed and injured 8 civilians. This was an unsuccessful attempt upon the life of an intelligence officer who was investigating a death squad connected to the Hashd which had killed activists and journalists.

These groups claim they are fighting foreign occupation but their killing of civilians, activists and journalists and attacks upon the government and security forces show that they are following their own agenda which includes expanding their role in the state and eliminating those that stand in their way. This even goes against the wishes of Iran sometimes and has caused factionalism within the Hashd as they have different approaches.

The international energy market collapsed in 2020 with a combination of a price war between Russia and Saudi Arabia and then the COVID pandemic. This devastated Iraq which is the most oil dependent country in the world. In response, Prime Minister Kazemi’s government issued a White Paper calling for institutional reforms in Iraq’s economy. The paper was never implemented yet in March the premier claimed Iraq’s economic collapse was over thanks to it. The governing parties are unwilling to make any changes to the system because it would threaten their rule. The result is that Baghdad claims victory when it publishes a paper because that’s about all it can achieve.

Despite that the group has not given up. In January two suicide bombers in Baghdad left 32 dead and 110 wounded. The last time IS was able to carry out such a deadly incident occurred in the exact same area of the capital back in January 2018. At the end of spring the militants went after Iraq’s power grid bombing power towers and attacking electricity installations. The militants are also testing security in new areas to see if it can expand its operations into Irbil and Sulaymaniya.

Overall, the group’s future is still up in the air. It is emphasizing protecting its assets over attacks. Whether it can rebuild its cadres and actually grow is yet to be seen.

Iraq has struggled to provide its population with electricity since the 1991 Gulf War. The situation was made worse by the failed American reconstruction project after 2003, corruption, mismanagement, and insurgent attacks. During the summer of 2021 there was a series of power outages leading Electricity Minister Hantoush to resign in June. The next month the country lost 99% of its power production. Iran also cut its electricity and natural gas exports to Baghdad leading to a reduction in production at power plants.

Since Iraq has no real checks on the use of electricity the government has always emphasized production. This has never met demand and hence these outages and shortages are routine in the country and won’t end anytime soon.

In July a new power struggle for control of the Patriotic Union of Kurdistan (PUK) began. Bafel Talabani expelled his cousin and co-head of the party Lahur Talabani. That would lead to weeks of confrontations and accusations between the two. This was the latest sign that the PUK was still in disarray since its founder Jalal Talabani passed away.

Iraq held early elections for parliament in October which threatened the status quo. Moqtada al-Sadr came out victorious and demanded a majority government be formed. All of the administrations since 2003 have included all of the winning parties.

This posed a serious threat to members of the Coordination Framework which was made up of the major Shiite lists besides Sadr. Specifically Nouri al-Maliki and Asaib Ahl Al-Haq, both longtime rivals of Sadr were afraid they might be excluded from government. The Framework claimed fraud in the elections as a result and tried to storm the Green Zone. Not only that pro-Iran groups aligned with the Framework fired rockets at the intelligence HQ in Baghdad while PM Kazemi was visiting in October and then made an attempt upon his life with a drone strike in November. The differences between the two sides will likely result in extended negotiations once again until a new prime minister is named.

Finally, the election showed further erosion in public support for the political process. Voter turnout was down again and the ruling Shiite parties lost 2.5 million votes from the last balloting in 2018.