Fight Over Control Of PUK Continues 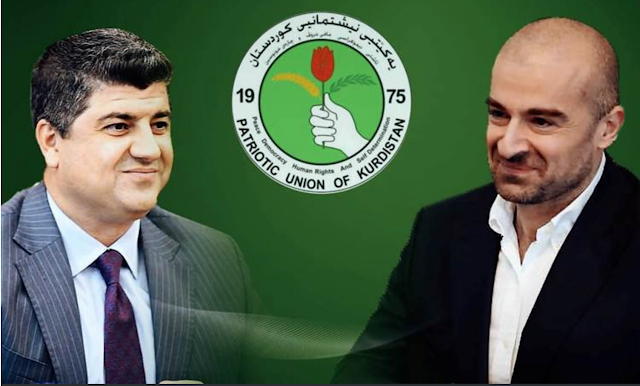 Bafel and Lahur Talabani are still fighting for control of the PUK (Rudaw)
It seemed like the fight for control over the Patriotic Union of Kurdistan (PUK) was over in July when Lahur Talabani pushed his cousin and co-chair of the party Bafel Talabani out of office. The dispute between the two has continued over the following months.

First, in August the PUK ruled that Bafel Talabani had to leave Iraq until the October 2021 elections were over. The next month forces loyal to Lahur Talabani raided several businesses in Sulaymaniya that supported Bafel. Finally, at the start of November Bafel gave a letter to a PUK media outlet saying that Lahur and some of his allies was expelled from the party claiming he violated party rules, didn’t take part in the October election campaign and personally profited from his position. This came after Lahur criticized his cousin and Kurdistan Deputy Prime Minister Qubad Talabani for the PUK’s poor showing in the vote. NRT reported that Lahur is likely to appeal his expulsion. It seems like this power struggle is far from over and the two Talabanis will continue to attack each other for the foreseeable future.

The PUK has been in disarray for years now. After its founder Jalal Talabani died in 2017 the party has been wracked by factionalism, arguments over leadership, and its falling out with the public. In this year’s election it only got 16 seats in parliament versus 23 in 2018. It is also no longer considered the equal of the Kurdistan Democratic Party within the Kurdish government. The party has always been family run and autocratic so it’s only natural that Lahur would want to be the sole power within the PUK.

Al Aalem, “In the document .. the PUK decides to exile Sheikh Janki and force him to take steps related to the elections,” 8/25/21

- “In Move Likely To Be Disputed, PUK Politburo Confirms Expulsions Of Lahur Sheikh Jangi And Allies,” 11/5/21

Email ThisBlogThis!Share to TwitterShare to FacebookShare to Pinterest
Labels: Kurds