Fatah Makes An Attempt Upon The Life Of PM Kazemi What Will Come Next? 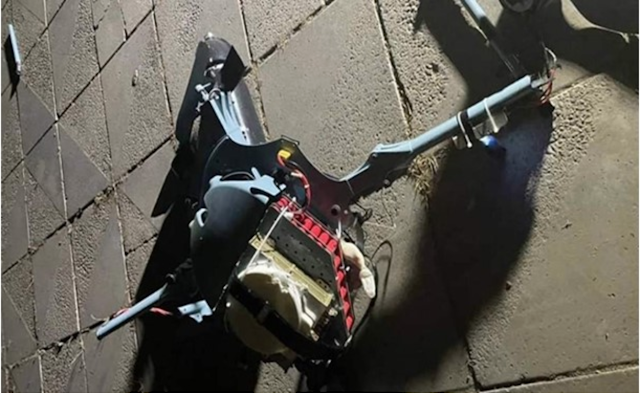 (Al Masalah)
In the early hours of November 7 Prime Minister Mustafa al-Kazemi’s residence in Baghdad’s Green Zone was hit by a drone strike. Three drones were launched at his house with two being shot down. The premier sustained an injury to his left arm while five of his bodyguards were wounded as well. This was a dramatic escalation by pro-Iran elements of the Fatah List who are trying to gain more seats in parliament through violence. One of its men, the deputy commander of the 42nd Hashd Brigade from Asaib Ahl Al-Haq was killed by the police the day before during an attempt to storm the Green Zone. The question now is what kind of fall out will it face which could determine whether it will continue down this path or not.

Almost all of Iraq’s political leaders condemned the attack upon the prime minister. That included former PM Haidar Abadi, Badr head Hadi Amiri, Speaker of Parliament Mohammed Halbusi, Moqtada al-Sadr and ex-Premier Nouri al-Maliki. Even Asaib Ahl Al-Haq head Qais Khazali who is part of Fatah said that those responsible for the drone strike should be found and punished. This should be expected. An attack upon one of the elite opens the door to violence against all of them.

At the same time Fatah is roundly criticizing Kazemi and blaming the U.S. One line of attack is questioning whether Kazemi’s residence was even hit. Khazali stated that if there was a drone strike it was an accident. Kataib Hezbollah’s spokesman Abu Ali al-Askari said no one would waste a drone on the prime minister. On social media Fatah followers mocked the prime minister. Badr and a leader in Fatah accused the U.S. of being behind the attack. This was all meant to play down the incident. Perhaps it didn’t happen and if it did maybe it was Kazemi just trying to get attention and his American overlords were likely behind the whole thing. These are common talking points by pro-Iran groups who constantly push conspiracy theories about the prime minister and the U.S.

The big issue is what will come next. The political class has lined up behind Kazemi but he’s still taking hits from Fatah. If the parties tell Fatah it has crossed the line it will likely take a step back. Iran’s response is also important. One Iranian official Tweeted that it was foreign think tanks who were behind the drone attack which mirrors what Fatah is saying. That’s a bad sign because if Tehran doesn’t also condemn the action it will give an incentive for the armed factions to continue. Hashd groups that make up Fatah already see themselves as being above the law. If they get away with this attack there’s no telling what they might try.

Buratha News, “Badr: The targeting of Al-Kazemi’s house was orchestrated by the American intelligence,” 11/7/21

- “The leader of the Al-Fatah Alliance, Hassan Salim, to Al-Kazemi: Your play will not excuse you from the incident of killing peaceful demonstrators,” 11/7/21

- “The martyrdom of the jihadi leader Abdul Latif al-Khuwaildi (Abu Batoul), the deputy commander of the 42nd Briagde/Popular Mobilization Forces, by special forces snipers, who were under the orders of the American embassy during the demonstrations,” 11/6/21

NINA, “Qais Al-Khazali: We condemn the attempt to assassinate Al-Kadhimi, and the perpetrators of this operation must be seriously sought and punished according to the law,” 11/7/21

Sotaliraq, “A new sedition .. Iran comments on the attempt to assassinate Al-Kazemi,” 11/7/21