Fatah Terrified Of Being Excluded In Sadr’s Majority Govt 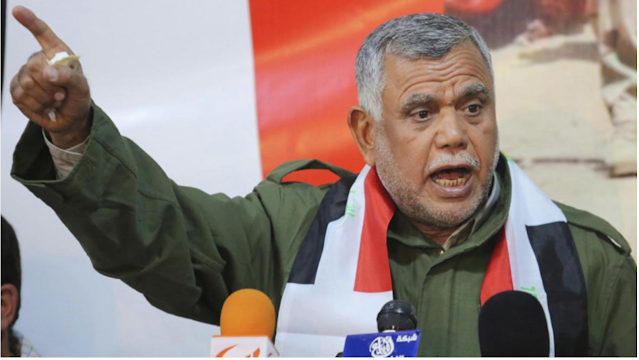 The Fatah Alliance’s poor showing in the October election where it only won 17 seats versus 48 in 2018 has it afraid about its political future. Its rival Moqtada al-Sadr has been calling for a majority government which has stoked fears that Fatah might be excluded from power.

Since the election results were announced Moqtada al-Sadr has said he wants to create a majority government. Sadr won the most seats and has an alliance with the Kurdistan Democratic Party and Taqadum, which he is hoping will be the basis of a new regime. All of the governments formed since the U.S. invasion have been national unity ones which included all of the winning parties. They each got their own ministries and offices which they exploited for their own benefit via corruption and patronage networks to maintain their bases. Now Sadr wants to end that practice.

Fatah which includes Badr and Asaib Ahl Al-Haq, both longtime rivals of Sadr are fearful that they will not be included. That has led to their protests outside the Green Zone, their claims that election was fixed, their recent attempt to annul the results via a lawsuit, and threats of violence. They are also hoping that their ally Nouri al-Maliki will be able to outmaneuver Sadr and be able to form the new administration.

Fatah not only didn’t prepare for the new election law but lost thousands of ballots versus the last election. The list ran multiple candidates within the same voting districts which ended up competing against each other and costing it seats. Kataib Hezbollah and Hashd Commission head Falah Fayad also had their own parties which campaigned for the same votes. Finally, Fatah lost 902,000 ballots from 2018, a massive drop in support. Those all resulted in its dramatic decline in seats. The list has refused to recognize its defeat which is leading to Iraq’s current political crisis.

Al Hurra, “The strategy of the new law … How did the Sadrists overthrow the Al-Fatah Alliance in the elections?” 10/24/21

Al Mirbad, “A leader in the Sadrist movement to Mirbad: We are very close to Al-Halbusi and Barzani to form a national majority government,” 11/9/21

Sotaliraq, “Kurdistan Democratic Party reveals the blocs that will form the government, and the Framework pushes Al-Maliki to remove Al-Kazemi,” 11/15/21