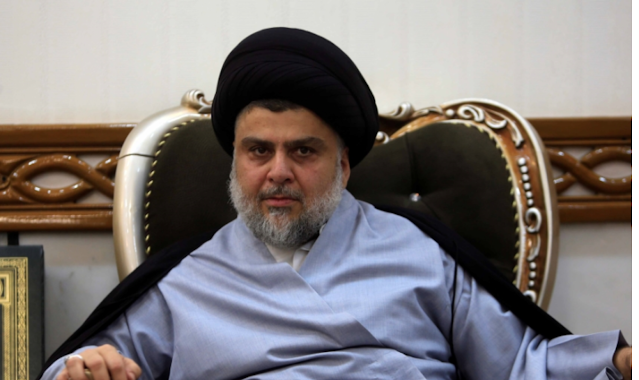 In Moqtada al-Sadr’s latest move to undermine his rivals in the Fatah List he has called for the Hashd al-Shaabi to be disbanded. As a sign of his seriousness he said that his own militia the Promised Day Brigades would close its offices. Kataib Hezbollah responded by claiming that it’s Popular Defense Brigades were demobilizing. At the same time, it warned that if anyone tried to marginalize groups it could lead to a civil war.

Sadr has talked about demilitarization before to suit his political agenda. This time he’s trying to show Fatah, which is made up of various Hashd groups from Badr to Asaib Ahl Al-Haq, are outsiders unwilling to disarm and allow the state to have a monopoly on the use of force. Fatah is notorious for carrying out attacks upon protesters that included an assassination campaign. It also attacks the U.S. and Turkish presence in Iraq with roadside bombs, rockets and drone strikes. One part of the list, likely Asaib Ahl Al-Haq, made an attempt upon the life of Prime Minister Mustafa Kazemi after one of its members was killed by police during an attempt to storm Baghdad’s Green Zone. Sadr is trying to play upon this bad image and show that Fatah is more about being militias then politics. This is just part of the on going political drama parties are currently playing in the process of forming a new government after the October elections. In all likelihood neither Sadr nor his foes will give up their weapons. It’s all just political theater to score points against each other.

Al Sumaria, “Hezbollah Brigades decides to dissolve one of its formations and sends a message to the initiating party,” 11/19/21