Latest Dispute Over Control Of Patriotic Union of Kurdistan 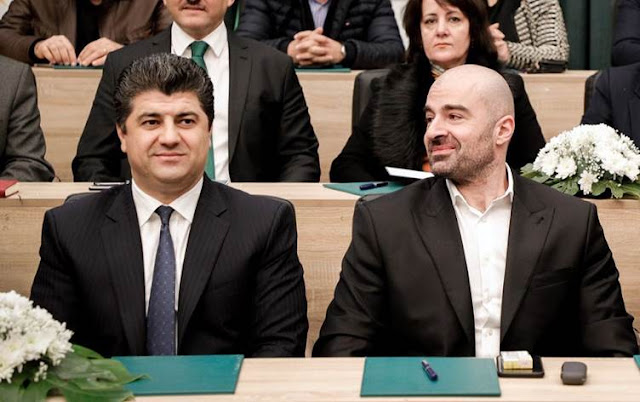 Things began in early July when Bafel Talabani, the co-head of the PUK and his brother Qubad Talabani the deputy Prime Minister of the Kurdistan Regional Government (KRG) started pushing out allies of his cousin Lahur Talabani. That led to a standoff between security forces loyal to Bafel and Lahur in Sulaymaniya on July 8. Three days later, Bafel and Qubad announced the new heads of the PUK intelligence agency the Zenari and the counter terror unit. The Zenari was headed by Mohammed Talabani the nephew of Lahur, while his brother Polad Talabani oversaw counterterrorism. That was followed by PUK forces raiding iPLUS TV and Zhyan News which are both pro-Lahur. On July 15 Lahur stated he wouldn’t back down in his struggle with Bafel, but the next day he said he was giving up, and then he was stripped of all powers on July 17. Besides Bafel wanting complete control of the party there was also mentions of the two cousins arguing over money and assets. Lahur for instance was said to control smuggling and other businesses in Sulaymaniya.

The PUK has been a mess for years now. Jalal Talabani passed away in 2017 but he was sick and incapacitated for years before that. His wife Hero Ibrahim asserted her control, which upset younger members such as Barham Salah who were pushing for changes in how it operated in 2013 but failed. In September 2016 Salah and Kosrat Rasul formed their own faction within the party, in 2018 it couldn’t elect new leadership and expelled Salah, only to bring him back. Finally, in December 2019 it still couldn’t pick a new head and decided to split authority between Bafel and Lahur. Added to that the PUK lost parts of its base in Sulaymaniya to the Gorran Party and became the junior partner to the Kurdistan Democratic Party (KDP). July’s events then were just the latest edition of this eight-year conflict for control within the Patriotic Union.

Al Aalem, “Sources reveal to The New World about Barzani’s relationship with the events in Sulaymaniya,” 7/11/21

NINA, “Barham Saleh proposes unity with the PUK and the latter welcomes the move,” 9/13/18

Rudaw, “Bafel Talabani says shakeup was to root out abuse of PUK institutions,” 7/15/21

Sotaliraq, “Kosrat Rasul: PUK suffers from internal problems and there are two different views within the party,” 3/26/18

Email ThisBlogThis!Share to TwitterShare to FacebookShare to Pinterest
Labels: Kurds