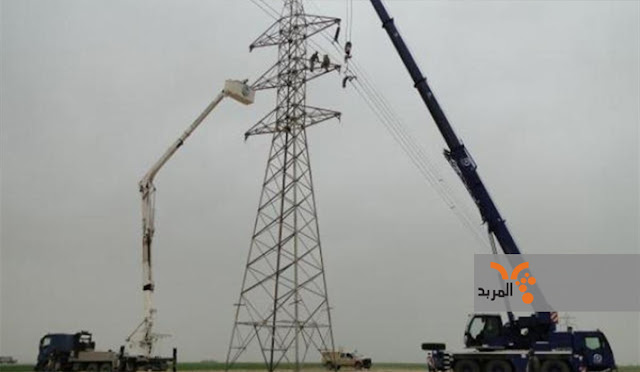 As temperatures regularly rise above 100 degrees Fahrenheit/38 degrees Celsius per day Iraq’s power grid shut down. That trickled down throughout society as water went off because it relies upon electricity and drove people out into the streets in protest.

Problems with the national grid started at the end of June with large reductions in output. That began with Electricity Minister Majid Mahdi Hantoush resigning on Jun 28 over power outages. By June 30, local governments in Karbala and Babil limited work hours for public employees due to electricity shortages. At the start of July the network was only producing 4,000 megawatts, down from its average of 20,000, while power lines between Baghdad and Babil went down. That culminated in Iraq losing 99% of its power production on July 2 leading to complete outages in most provinces. Summer is when demand skyrockets due to the extremely hot weather. Iraq has struggled to meet these needs since 2003 due to damage done to the system during the Gulf War that was never fully repaired in the 1990s due to United Nations sanctions. After 2003 the U.S. had problems rebuilding and expanding the system while insurgents targeted it. The Iraqi government is always promising improvements but has suffered from bad contracts, lack of maintenance, corruption and continued sabotage.

Iraqis immediately voiced their anger. That started on June 29 with protests in Dhi Qar, Basra, and Maysan. That spread to the rest of the south, Baghdad and Diyala. As usual the Iraqi police showed a lack of restraint and used live ammunition against people in Maysan on July 3 that killed one and injured 5 others. The lack of services has led to demonstrations for the last ten years highlighting the government’s shortcomings. These will likely continue throughout the summer.

Besides faults with Baghdad’s electricity strategy and planning there have been two other issues this summer that have led to shortages. First, starting in May the Islamic State has gone after infrastructure. On May 14 two power towers were blown up in Kirkuk. Those have been followed by four other assaults in that province, along with one in Baghdad, three in Diyala, three in Ninewa and four in Salahaddin. Two bombings in June in that last governorate led to power outages in three provinces. This has been a regular tactic of the insurgency during the summer since 2003. It undermines the government’s standing and this year comes as there were other problems going on with the grid.

That other challenge was Iran drastically reducing its supply of natural gas to Iraqi power stations and electricity. On June 29 Iran’s power exports reached zero. Its natural gas deliveries are also drastically down. Tehran provides up to 1/3 of Iraq’s power demands. It has given no explanation for its actions but it’s assumed it’s because Baghdad owes it billions of dollars in past dues. Iran has been complaining about this debt for months now.

Every summer there is a power crisis in Iraq, but this is the worst one in years. The government has responded in predictable fashion promising improvements and having emergency meetings. The root causes however are not being addressed such as Iraq’s dependency upon Iranian imports or unlimited usage that Iraqis enjoy. That means there will be continued problems into the future as Iraq has proven incapable of dealing with any of its deep ceded problems.

Al Mada, “There is no solution in sight to the electricity crisis .. and corruption committees dominate the ministry,” 6/29/21

- “Nasiriya … Al-Nasr Bridge was cut to demand the release of protesters detained over electricity,” 7/2/21

- “Protests in Basra, Maysan, Muthanna and Wasit against the decline in electricity,” 7/2/21

NINA, "2 Electricity Transmission Lines And 5 Towers Targeted With IEDs In Nineveh And Kirkuk," 7/3/21

- “Demonstrators threaten to take escalatory steps if the Diyala government fails to meet their legitimate demands,” 7/3/21

- “Protesters block the Karbala-Babylon road due to the deterioration of electricity,” 7/3/21

- "A new attack …an explosion wrecks an electricity tower north of Baghdad," 6/22/21