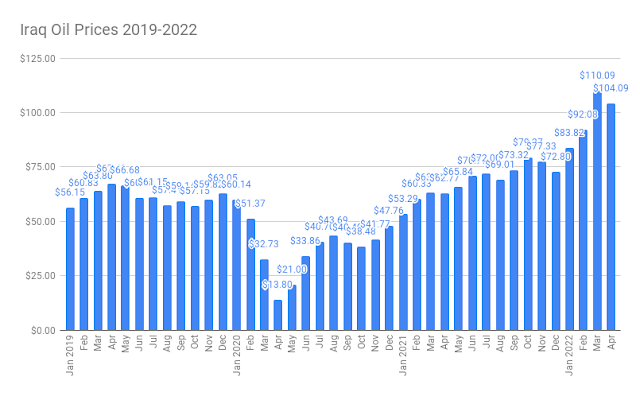 Iraq continues to benefit from the surge in oil prices caused by Russia’s invasion of Ukraine. Even when exports dip like they did in April the country continues to rake in huge profits.

Iraq earned $10.554 billion in April. The month before it made $10.913 billion, Last year it was only averaging $6.303 billion a month showing what a boom the Ukraine War has been for the country. The conflict is likely to last for quite some time maintaining prices. This will be of most benefit to Iraq which is the most oil dependent country in the world.